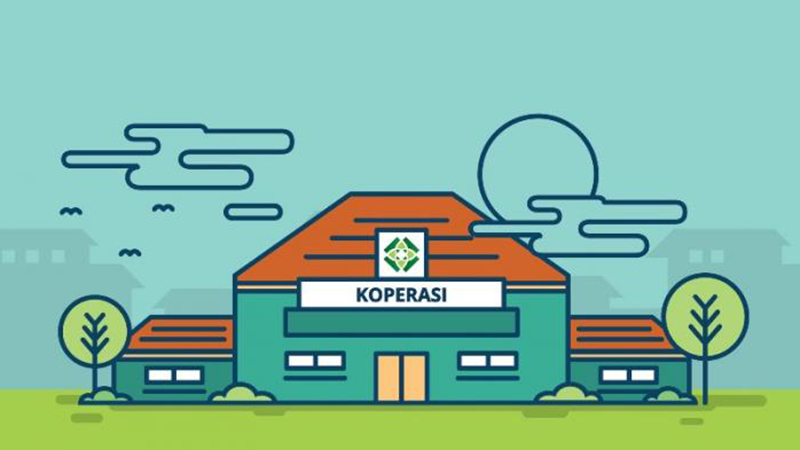 I had the great privilege of working in the Centre for Rural and Regional Development Studies (P3PK) at UGM in early 1991. Working in the presence of luminaries like the late Prof Mubyarto and so many young researchers from across disciplines was always exciting. Issues related to the role that cooperatives should play in the economy was a frequent issue of discussion as was the lamentable state of this sector in the economy.

Considering the national vision of the Indonesian economy as one consisting of three pillars, namely the state owned enterprise sector, the private sector and the cooperatives sector, it continues to surprise at how poorly cooperatives stand.

I often ask my Indonesian friends to pretend to be a banker and face 2 clients, a PT company and a cooperative each looking for a loan. Then I ask which one would get a loan from them. Invariably I get a look of Duh! followed by “of course I would give the loan to the PT company”. Whenever I tell them that Australian cooperatives (usually called coops) export billions of dollars of produce, they are usually surprised and sometimes even confused. Both sets of reactions, namely that they would not lend to a cooperative, and they would not expect them to be significant exporters reflect two parts of a very different perspective from my own.

Having grown up in semi-rural Queensland I always saw coops as serious economic enterprises. Many of the biggest economic sectors locally were dominated by coops. The milk I drank and the ice cream I ate (way too often) were produced by coops. Simply put, coops were economic power houses; or wealth creators to use market speak. For me the idea that a coop of Western Australian wheat farmers could be key investors in a huge flour mill in Indonesia was nice to hear but not a huge surprise. When I narrate this story to Indonesians, they find it almost incomprehensible.

The reason is that in Indonesia coops are not seen as economic power houses let alone wealth creators. Rather they are seen more like welfare systems, or as means to distribute among the poor and other “not yet prosperous” groups of society. Worse still they are often seen as little more than a bureaucratic precondition to constitute a village administration.

Several stories I have heard from people who have worked at the village level suggest that farmers often avoid being engaged in a coop. Strangely a common complaint seems to be that the farmers do not feel they have any control of the coop, that they do not know what is happening within the coop and that they do not have much idea of the financial state of the coop. These problems seem odd considering the basis of cooperatives in successive laws on cooperatives since 1967 has been principles of a family spirit. The current Law on Cooperatives (Law 17/2012) declares that coops should operate on the basis of several other principles including mutual help, responsibility, democracy, togetherness, justice, autonomy as well as honesty, transparency, accountability and concern for others. Lofty notions indeed but quite a distance from the kinds of actual experiences of coop members.

Arguably the sudden popularity of trying to establish state owned enterprises at the village level (BUMD) represents a declaration of failure of the coops movement to be seen as a genuine model to promote development and prosperity at the community level.

To create the preconditions to allow the coops sector to play the kind of role it could in the economy of Indonesia calls for a genuine revolution in mentality (revolusi mental).

For my part I have always believed that certain sectors of the economy are actually better managed through a coop model rather than a PT (limited liability) business. This seems to be especially the case for agriculture produce together with some mid and downstream processing of agricultural produce. It should also be superior in sectors like handicrafts and in some other creative industries.

Creating these changes may require some adjustments to laws and regulations, but mostly it requires a change in mind set.

To kick start this the emergence of this new change of mind set should involve providing a much higher profile to those few coops that have managed to thrive despite the patronising and wider economic prejudice the cooperatives sector faces. Future coop leaders need some kind of role model to see what is possible. How interesting if the media accorded space not only to the latest corporate machinations of leaders of the largest conglomerates but also more news about the latest developments, successes and milestones achieved by the country’s largest coops.