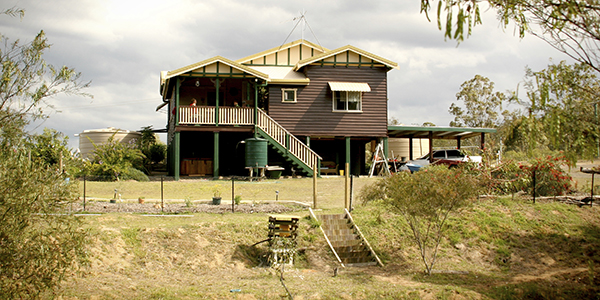 Traditional buildings in Indonesia make use of ‘passive’ cooling techniques. Being well ventilated, raised off the ground, and with shady verandas, their design allows them to stay cool in a tropical climate without air conditioning. The classic timber ‘Queenslander’ house also follows a similar design.

Now architects and engineers from both countries are getting together to compare notes on such designs and materials in a collaborative project funded by The Australia-Indonesia Centre.

Much of this housing is high-rise and a huge amount of this sort of construction is planned in coming years.

“Cross-ventilation in these buildings is a challenge. So creating more porous building masses for low income vertical housing will be critical. And ceiling fans could significantly improve thermal comfort,” Jatmika says.

Shading and building orientation are also significant factors. About a third of the energy of modern buildings is consumed in heating and cooling, says Dr Glenn Platt, Director of CSIRO’s energy efficiency research and a co-leader of the project.

Much of that could be saved, leading not only to lower energy bills, but also to climate benefits by reducing the use of carbon-intensive fuels.

“We knew a lot about these things 100 years ago, but seem to have lost the skills as energy became so cheap and accessible.”