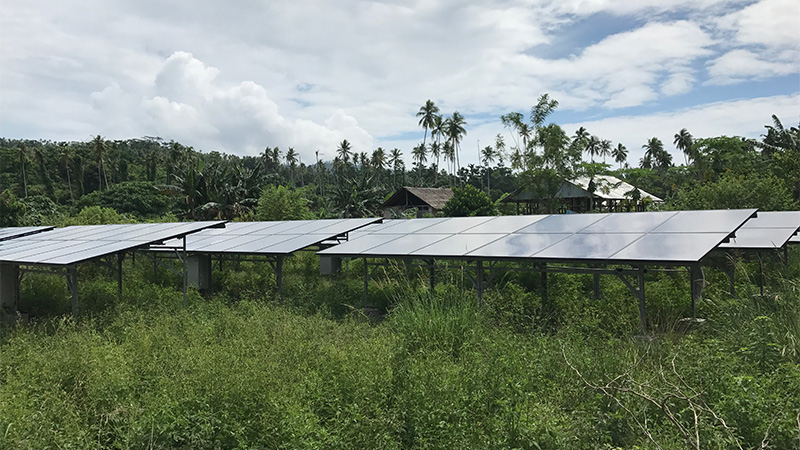 Indonesia has a new guide for predicting how much electricity will cost from new power generating sources, based on the technology used and the year of development.

The total lifetime cost of a power generating source, divided by the total lifetime power output, gives you the source’s LCOE, or levelised cost of electricity, measured in dollars per megawatt hours. The Australia-Indonesia Centre’s ‘Indonesian Energy Technology Assessment’ has made projections for various costs and performance parametres for new power generating sources in Indonesia, culminating in estimating the LCOE for 14 different technologies for projects developed between 2017 and 2050.

AIC Energy lead researchers Professor Ken Baldwin from Australian National University and Dr Retno Dewi Gumilang from Institut Teknologi Bandung ran the study in collaboration with experts from the Indonesian Ministry of Energy and Mineral Resources and industry experts from Indonesia and Australia. The work was based on similar Australian Government studies for Australia and for the Asia-Pacific.

“Understanding the LCOE for proposed power generating sources is essential for governments in developing effective electricity policy, and for private investors as well” said Professor Baldwin. The figure takes into account predictions for every aspect, fixed and changing, of a generating source’s costs and power output. The estimates vary around the world, Professor Baldwin explained, “as every country has its unique conditions relating to workforce, regulations, geography, etc. on top of the cost of electricity generation shifting with technology, fuel prices and climate change policies”.

In calculating the LCOEs, estimates were made for the set-up costs and initial energy output of each electricity-generating technology (for the year in question), the generating source’s lifespan and changing energy output over that time, and evolving costs of fuel (for non-renewables), operation, maintenance, financing, etc. The study assumed that developments were in the Jakarta region, and looked at solar, geothermal, fossil fuels and other technologies. Estimates were made for generating sources developed in years 2017, 2020, 2025, 2030, 2040 and 2050.

LCOEs vary substantially across the technologies, ranging from $48/MWh (megawatt hour of electricity) to $146/MWh in 2017, and from $29/MWh to $116/MWh in 2050. Overall, by 2050, the balance in cost between power from fossil-fuel and renewable technologies is expected to shift, and by that year geothermal and solar power stations are expected to boast the lowest LCOEs at $47/MWh and $29/MWh respectively.

Some other findings from the report:

In business terms, the LCOE is the equivalent to a long-run marginal cost of electricity generation, or the minimum price at which a generator must sell its electricity in order to breakeven. It could be over simplified as the equivalent to the grocery unit pricing (such as price per 100 grams) on many items at the supermarket. The tool allows policymakers, investors, researchers and developers to compare the cost of electricity from power generating sources of differing technologies, capacities, lifespans, set-up costs, etc., which simplifies their decision making as they seek to provide more sustainable, reliable and affordable electricity to millions of Indonesian customers.

The project will assist other AIC Energy projects that are focused on renewable-energy microgrids in rural and remote parts of Indonesia. However, it should be remembered that these calculations assume that the generating sources are located in the Jakarta area, which is not always where the best (particularly renewable) resource may be located, or where the necessary network infrastructure exists.

Bearing this in mind, the results are the first step in comparing the most appropriate technologies across Indonesia.

Professor Baldwin presented this work to a range of industry players and NGOs at the Australian Embassy Jakarta on 25 September 2018.