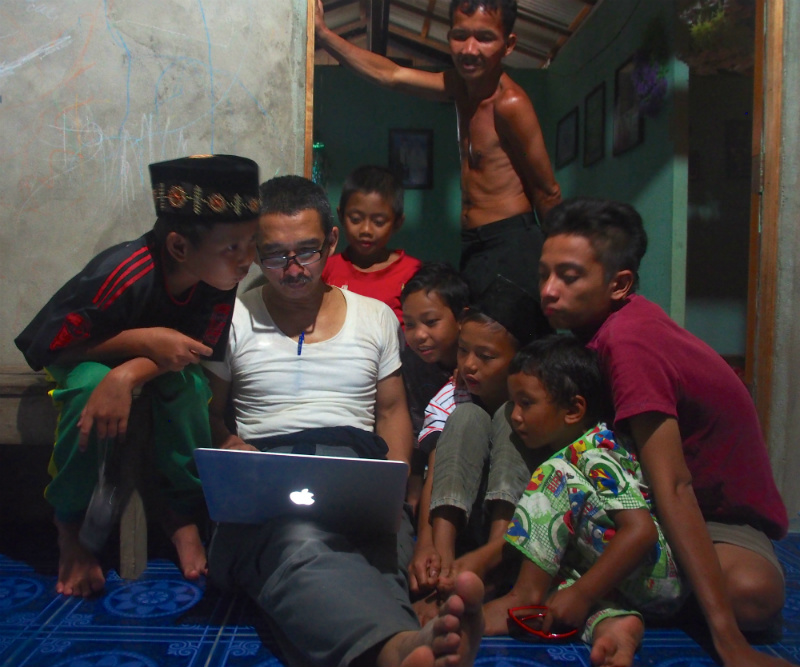 Over sixty-five million Indonesians live off the grid. But what does that mean in the era of micro-grids, batteries and efficient solar panels? And how do communities change with 24/7 energy?

Providing reliable electric power is one of the keys to unlocking the potential of the remote islands and landlocked areas of Indonesia and of Australia’s north, a priority for both countries. But there’s much more to it than installing the right mix of technologies. Bringing night-time activity, television, the internet and smart machines within the reach of people who have never had access to them before involves huge, potentially disruptive changes to their daily lives, their economic and political relationships, their whole culture.

A team of Australian and Indonesian scientists and social scientists is coming to grips with the scope of the problem by studying two sites in Indonesia where a start has already been made on introducing electricity. The seed project is financed by the Australia Indonesia Centre.

Providing reliable electricity is also key to unlocking the potential of remote communities in both nations: from Indonesian islands and Australian outback communities, to remote mine sites.

The concept of the energy grid is changing. For example some new Australian suburbs are going ‘off the grid’. They’re using combinations such as solar and gas, supported by battery storage, to create micro-grids that essentially run independently of the national grid.

So what are the best ways to transform energy supply in the two countries? The answers won’t be simple. In communities without existing infrastructure, there is now the opportunity to move away from a centralised system, tailoring development to suit the nation’s geography. And new technologies may allow whole communities to ‘leap-frog’ into the electric age.

“This project, which brings together a unique and diverse collaborative group of researchers from both countries and includes experts in areas ranging from cultural anthropology to the economics of energy, is of huge significance to the future development of Indonesia,” says Professor Pujo Semedi, the Dean of Arts at Gadjah Mada University in Yogyakarta.

And, with the recent release of the draft criteria for the Northern Australia Infrastructure Facility, it’s clear that remote electrification in the tropics is important to Australia too.

The research group—under the leadership and coordination of Pujo and energy markets researcher Dr Ariel Liebman and anthropologist Dr Max Richter, both from Monash University—is studying two sites. One is in an isolated area of West Kalimantan (Borneo) where Pujo and his students have been working for many years.

The second is a group of villages on the island of Kai Besar between Darwin and West Papua. The neighbouring island of Kai Kecil is being investigated in another project by the Centre on food security. To get to these islands involves a flight from Ambon to Kai Kecil and another three or four hours by boat.

“It’s not that there’s no electricity, it’s more complicated than that,” says Max, Deputy Director of the Monash Asia Institute. For example, there have been several attempts to establish reliable electricity supply on Kai Besar, he says. “There’s a grid, poles and wires and even a photovoltaic solar array, but somehow it has failed repeatedly. So supply cannot be guaranteed.”

There are also socio-cultural and economic considerations, he says. “If a village acquires a mechanical maize grinder, for instance. How might this change the nature of social interaction? Who owns the grinder? Who do you charge for the electricity use? Who is responsible if it fails?”

As the problem of remote electrification is multi-pronged, so is its investigation. At the local level, the researchers have been talking to the people and particularly the village heads to ascertain their attitudes and needs. But providing resources also demands planning and management at the national level. Max says he has now become interested in the regional level, where local and national meet and interact. In the case of the Kai Islands, this is the province of Maluku whose capital is Ambon, a city that Max has connected with and studied over many years.

So far, the project has been gathering background information, from national resource and satellite data through to interactions at the local level. With some support provided by Centre, two of Semedi and Max’s Masters students have each spent four months living at one of the sites and getting to know the problems first hand.

The field work of the students is now complete, says Max, and the team is building a pretty good picture of the existing possibilities and resources for electricity generation and provision. Most significantly, the researchers have developed a lot of good will with the local people and their leaders, and are working with colleagues at Pattimura University in the provincial capital.

That’s important for what they hope will be the next stage, testing different solutions to the problem of remote electrification. In particular, there is huge interest in the concept of microgrids, which would involve developing networks of local power sources which can connect into and draw upon wider, more substantial national or regional power grids if necessary.