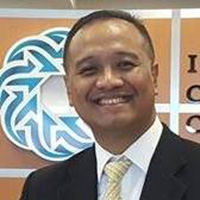 After the dissolution of the adhoc units of the Ministry of Energy in early September, I flew to Brisbane, Australia. In addition to visiting my wife and daughter, who are studying there, at the same time I celebrated Eid al-Adha with family and used my spare time to give a Guest Lecture in a Master of Energy Studies class at the University of Queensland, where my wife is undertaking her doctorate.

The topic I raised in the interactive 90-minute lecture was “22 Months of Energy Reform in Indonesia”. Dozens of students from many countries – from developed ones such as Australia and Switzerland, Muslim majority countries such as Bosnia and Iran and also Indonesia, through to countries I have never visited such as Tahiti, Kenya and Zimbabwe – listened enthusiastically on the journey of the Indonesian energy sector during the last 22 months.

Starting from the entry of the then-Minister Sudirman Said, at a time when the former Minister, Secretary General, Head of SKK Migas and Chairman of the Parliamentary Energy Commission went to jail, through to the dissolution of Petral that until then was ‘untouchable’ as a hotbed of ‘mafia’.

The final slide is a photograph that is remembered, even by the Australian professor who participated and listened at the lecture. A photograph of the broken window on the 4th floor office of the Ministry of Energy, which were shot with bullets, along with projectiles that were found on the floor. This event did not cause casualties, but also until now remains unknown in terms of the cause and who did it, let alone the motives. What’s clear was that it was only Minister Sudirman Said with his staff who occupied the 4th Floor at the Directorate General of Electricity building, and at that time only temporarily. Clearly also this was around the time of the Petral dissolution, loaded as it was with indications of the mafia, which was consistent with the President’s promise of who had assigned the minister.

One of the students in the class from Zimbabwe – whose name truly depicts her character, never surrendering – during the discussion conveyed that she comes from a nation-state with similarly complex problems, indeed ones that are even more complicated. After getting a college degree in civil engineering from South Africa, she was not able to find a job in her country. The unemployment rate is at around 95%. Luckily she was sent to Australia to further her studies, giving her new perspectives and aspirations.

Previously, she was even skeptical of democracy, which she said was in many ways a barrier to development. But after hearing stories about Indonesia that morning, her hopes were raised. This is because it is precisely because of democracy there can arise emerging leaders such as Minister Sudirman Said, who brings hope for improvement, albeit not yet sustained. Precisely because of democracy, a President like Joko Widodo could be elected because of his promise to stem the oil mafia during the final presidential debate, which then catapulted his popularity in the polls. Zimbabwe is indeed not Indonesia, but the Indonesian journey to democracy turned out to produce optimism in the other hemisphere.

The popularity of the President of Indonesia continues to increase through to today. A survey of a trusted institution – CSIS, headed by Dr. Philips Vermonte– shows that, if a Presidential Election were held today, then the president would win because his electability has continually increased, to 41%. This is far above the other candidates, who at most are in the range of the high 20s. Democracy has given strength to our leader.

But in the last slide in my lecture I also quoted Alexis de Tocqueville – a leading historian and student of democracy in the 19th century – who said: “A democratic power is never likely to perish for lack of strength or of its resources, but it may very well fall because of the misdirection of its strength and the abuse of its resources”.

It is true that a democratically-elected leader, in a country blessed with energy and mineral resources such as Indonesia, does not need to worry about losing out due to any lack of power (politics) and natural resources. But, someone should remind us – because we all certainly do not always remember – of the dangerous fallouts that can occur because of the abuse of political power and natural resources.

For that we should all maintain our sanity. So that no-one abuses their power to make decisions – although there are relevant prerogative rights – as they can be called into question in terms of propriety. Sanity is needed for people like us: to serve, to educate, for the country, and for humanity.

Translated by Dr. Max Richer, Monash University. Both are alumni of Australia Indonesia Leaders Program, respectively in November 2015 and May 2016.