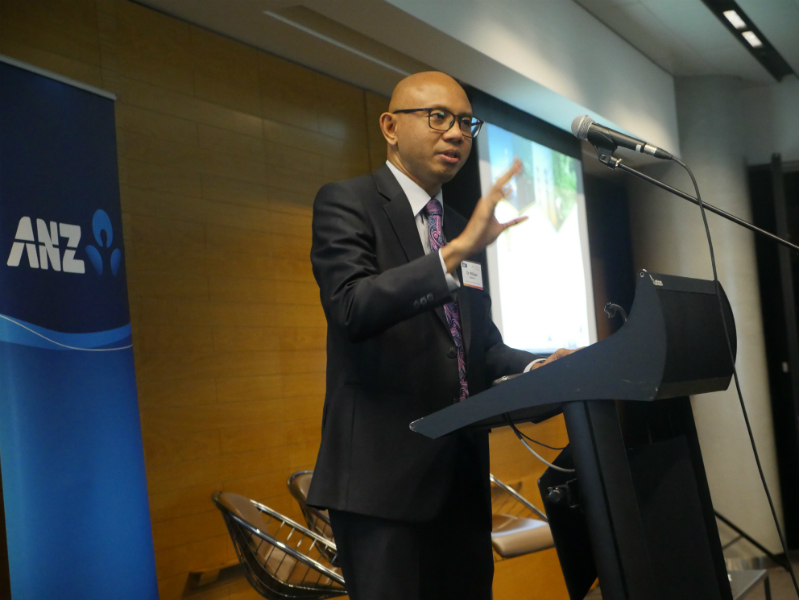 He said of the four sources where Indonesia currently draws its energy, “We’re fairly confident that we will be able to have renewable energy as the main source by 2025. I’m hoping the political process remains on that side.”

Like so many countries, Indonesia is currently focused on exploiting natural resources. “We think that we are rich in oil,” Dr Sabandar explains, “At one time we were an oil-exporting country, but since 2003 we have been an oil-importing country.” Indonesia is importing oil at a rate of 800,000 barrels per day, with fossil fuels even enjoying subsidies. Early in his presidency, President Jokowi removed subsidies on oil, a “brave, brave effort” according to Dr Sabandar.

Currently Indonesia’s energy mix is 46% oil, 31% coal, 18% gas, and only 5% from renewables. In 2025, Sabandar says the government is aiming for a minimum of 23% of the energy mix from renewables, a 360% increase on the current amount. This translates to 46 gigawatts of electricity from renewables, compared to 10 gigawatts under the current mix. He calls the plan “very ambitious,” adding, “We need partnerships, we need support, we need to work together with so many actors.”

He says, “This is something we can achieve together, building coalitions, collaborations in the region on renewable energy.”

Dr Sabandar was joined by others speakers, including Director of the Monash Sustainability Institute Professor Rebekah Brown who delivered a presentation on resilient communities and water resource management, and Head of Science at the Australian Synchotron, Michael James, who presented the scientific discoveries and future possibilities afforded by Victoria’s advanced research machine.