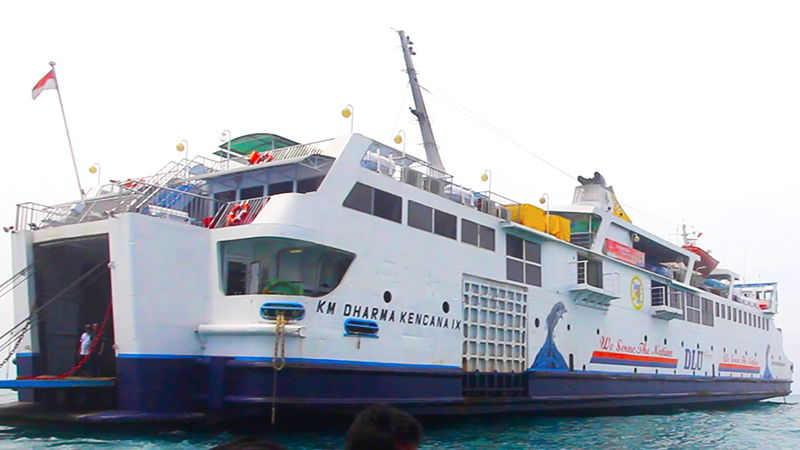 What started in December 2014 as an Australian-Indonesian exploratory project to develop and test ways of measuring the impact of biofouling on ship fuel use and emissions has expanded into a multi-partner sea trial with the potential to save the world shipping industry billions of dollars. The research also suggests even ships with un-fouled hulls could be made more efficient with changes to their surface finish.

The build-up of marine organisms on hulls causes frictional drag as ships move through water. Although largely unmeasured, it’s thought this resistance to motion can be up to 80 per cent in severe cases.

Given that the world’s estimated 90,000 ships use about eight per cent of total oil production, the extra fuel costs and emissions associated with such fouling are assumed to be considerable. It’s a particular problem for Indonesia and Australia, both of which are heavily dependent on shipping for the movement of goods.

“We wanted to provide a process and technology to accurately measure the penalty of a given hull fouling condition—in terms of emissions, fuel use and costs,” says Professor Nicholas Hutchins of The University of Melbourne, who is leading the work with Professor I Ketut Aria Pria Utama of the Institut Teknologi Sepuluh Nopember in Surabaya.

“This would allow the maritime industry to make more informed decisions in terms of its operations, for example knowing the best time to dry dock a ship to clean it.”

The original plan involved developing a surface scanner to monitor the roughness of hulls and correlate the measurements with real-time laser-based data on water flow across the surface.

Such was the interest in the project that researchers from the two universities rapidly recruited resources and expertise from Europe (the University of Southampton and the Danish marine coatings manufacturer Hempel A/S), and from Indonesia (the government shipping registry, Biro Klasifikasi Indonesia, and ship operator, PT Dharma Lautan Utama).

One of the shipping company’s roll-on, roll-off ferries has already been fitted for sea trials of the laser equipment.

One surprising initial finding was that even a ‘clean’, freshly painted hull is so rough it will cause a 20 per cent drag penalty compared to the optimal smoothness for a ship hull.

“One idea for future investigation would be to test the surface finish after cleaning and recoating during dry-docking,” Nicholas says.

“From our research, it appears that the spraying processes could be improved, to make gains in efficiency and economy for shipping.

“Ultimately these results should be communicated to the relevant regulatory bodies. If the economic arguments aren’t enough to persuade ship operators to maintain smooth hulls, it could be that policy may need to be modified to ensure that this industry doesn’t continue with wasteful and harmful practises.”

The team is now exploring further options for funding and extending the research.