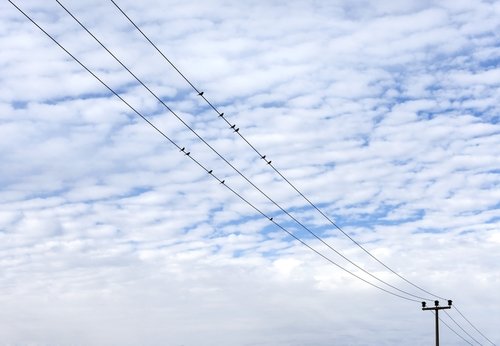 Given the somewhat gloomy outlook for Australia’s energy industry’s growth prospects, Australians might be surprised to learn that there are domestic energy markets in the region that, unlike Australia’s, are not in stagnation. This is particularly relevant to the Australian electricity industry.

While traditional growth opportunities for the electricity industry in Australia, as well as in most developed countries, are rapidly disappearing due to the somewhat unexpected end to demand growth in 2008/09, energy demand growth is in emerging economies is powering ahead.

For example, while the Australian electricity market is oversupplied by around 15 per cent, or 8,561MW (3-4 large coal stations’ worth of capacity), versus a total install base of 57,046MW, Indonesia has “maxed-out” its similar capacity of 51,000MW and is still only around 80 per cent electrified which broadly means that 20 per cent of the population, or around 50 million people, are without electricity! Given Indonesia’s population of 250 million, there is still a lot of scope for growth.

Under the new government of President Joko Widodo (Jokowi, as he is affectionately called), Indonesia has embarked on a highly ambitious program to improve the availability and reliability of supply across the Indonesian archipelago. The archipelago consists of around 18 thousand islands over 900 of which are permanently inhabited.

This program entails the deployment of 35,000MW or 35GW from 2015-2019, or a 70 per cent increase in the capacity of the system. Historically the vast majority of Indonesia’s electricity supply infrastructure, including power generation, transmission and distribution had been built by the mammoth government owned utility PLN. However, under the 35GW program the majority of new generation capacity, approximately 30GW, is to be built by independent power producers (IPP’s) and the output will be procured by PLN.

In addition, the transmission and distribution system requires upgrading to deliver the additional electricity supply to consumers. The Indonesian government estimates the cost of the entire program to be around AU$100Billion with around 30% of that being the cost of transmission and distribution networks. Interestingly, 20% of the new capacity will be in the “New and Renewable Energy” (NRE) category, as can be seen from the figure from a presentation to the Australia Indonesia Business Council (AIBC) in 2015.

This includes, solar, geothermal, micro-hydro (small, run-of-river hydro turbines), and even wind. Together with Indonesia’s existing hydro and geothermal capacity this plan has allowed Indonesia to set a national target of 23 per cent renewable energy by 2025. This is greater than Australia’s review Renewable Energy Target set at a “real” 20 per cent by 2020 with no increase slated beyond that date. Not bad for a country with a much smaller GDP per capita than Australia, at $US3,500 versus $61,900 per capita in 2014.

Finally, in order for the 35GW program to achieve its important goal of reaching 96 per cent electrification by 2020, a sub-program called “Indonesia Terang” or “Brighten-Up Indonesia” has been recently announced. The Indonesia Terang program is aiming for a massive improvement in the provision of electricity to around 10,000 villages in remote and inaccessible regions as well as to the many medium and small islands around the Indonesian archipelago.

This goal covers a population of almost 10 million people who today live either entirely without electricity or with only a few hours of unreliable electricity a day. Traditionally such areas would be powered by very expensive diesel generation (in Australia costing as much as $3-5/kWh, versus standard tariffs of 25c/kWh), hence the reason they do not yet have electricity in these outlying areas.

Given the huge cost declines we have been seeing for solar and wind energy generation as well as the very recent commercial appearance of affordable small-scale battery storage, it is a safe bet that most, if not all of those 10,000 villages will have renewable microgrids as their new infrastructure. Perhaps surprisingly, access to affordable energy is a major challenge in many remote parts of Australia, particularly in indigenous communities.

What does all this mean for the Australian Energy Industry? Quite a great deal. Indonesia is right on our doorstep and the Australian government is targeting increased trade relationships with Indonesia as a key policy goal. In 2015 Trade Minister Andrew Robb led a large trade delegation to Jakarta which included many business leaders and other ministers from the federal and state government.

The delegation identified many trade opportunities between Indonesia and Australia given current bilateral trade is still very low. This is surprising given Indonesia is the largest economy in the south-east Asian region (excluding China).

While there is concern among Australian companies about the ease of doing business in Indonesia, given the different culture and negative press, many changes have taken place since President Jokowi took office, with a great deal of reform activity in economy policy as well as in anti-corruption activities. Significant energy-related reforms have already taken place. For example, petrol subsidies were eliminated in 2015 and diesel fuel subsidies were reducing to a flat 8c/litre.

More recently the government of Indonesia announced a reduction of around 50 per cent in electricity subsidies in 2016, removing the subsidies from around 18 million customers who in fact have sufficient purchasing power to afford the general rate. This is significant progress in energy reform and is bringing Indonesia into line with developed economies.

So what are the opportunities for Australian energy industry? With Indonesia possessing a lot of coal and natural gas resources, we do not have that much to offer in terms of exports of fossil fuels. However, Australian energy infrastructure companies have a huge amount of experience in developing generation, transmission and distribution infrastructure including natural gas pipelines.

Moreover, we have a great deal of experience with the newer technologies including solar and wind. This includes residential rooftop solar as well as commercial-scale solar and small and large utility-scale solar fields.

Finally, and perhaps very significantly, we have a lot of experience in powering remote communities in tropical regions as other regions difficult to access such as North Queensland, Western Australia, the Northern Territory as well as the desert areas of central Australia. This experience can be extremely valuable in the context of the electrification of remote areas and Islands of Indonesia.

The development of generation plant under the IPP model would suit companies such as AGL Energy, Origin Energy and ERM Power, while any of Australia’s transmission network service providers such as AusNet Services or Powerlink would have very relevant experience.

In the lower voltage distribution networks space operators such as Ergon Energy and Horizon power are particularly experienced in remote areas and stand-alone small electricity systems. Particularly in tropical and arid climate. However other companies such as Victoria’s United Energy, AusNet Services distribution division, being privately owned, may find it easier to expand into international markets.

Finally, Australia has a large number of specialised services companies, renewables developers including a lot of wind companies such as CWP Renewables, Windlab and Senvion which are agile enough to take advantage of the growth opportunities. Not to be forgotten is the recent experience of AGL in developing large utility-scale solar plant which in my view are highly suited to Indonesia’s growing electricity market.

Above, I briefly outlined just some of the opportunities that are opening up in Indonesia. These opportunities are very recent and will not last indefinitely, it might even be called a once in a 100-year opportunity given the convergence of new technologies, market trends (rising prices) and new policies.

The energy transformation of Indonesia is reflected to a certain extent in Australia with 1.5 million solar rooftop systems now installed while affordable battery storage is just around the corner.  To help realise the benefits in these opportunities and increase collaboration between Australian and Indonesian researchers and businesses an innovative applied research initiative has been launched by the Australia Indonesia Centre (AIC). This initiative called the AIC Energy Cluster, is focussing on challenges and opportunities common to Australia and Indonesia.

The AIC Energy Cluster consists of leading Australian and Indonesian energy researchers, including my team at Monash University, all working to help governments, industry and investors to develop a better understanding of opportunities and barriers to realising the transformation of the energy system to one with more affordable and sustainable energy access across Indonesia and Australia. The work is focussing on the use of Microgrids as a new flexible energy deployment model.

As well as providing an assessment of the technical, economic and social challenges and benefits of using Microgrids to improve access to energy, the research will develop decision support frameworks and software tools to identify the most effective ways to design Microgrids as well as where deploy them. More information is available here.

All this demonstrates the great opportunity facing the Australian energy industry to take part in the massive growth opportunities available to our north, across the Timor sea.