Home » Knowledge Bank » Culture » What are your true colours?: A conversation 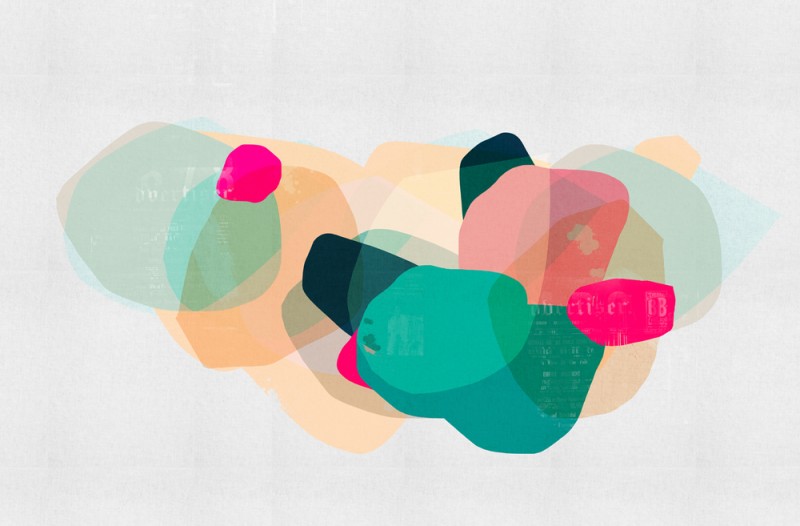 I hope the statement (made by Tony Abbott) does not reflect the true colours of Australians… Threats are not part of diplomatic language and no one responds well to threats.  -Armanatha Nasir, Indonesian foreign ministry spokesperson, February 2015

This statement was shared widely on social media in Indonesia. They were seen as an assertive response to Tony Abbott’s demands not to execute members of the Bali Nine. As the execution date is approaching, the media, which has been eagerly covering the public slinging match between leaders of both countries, has turned their focus on the softer side of the story: the right of Myuran Sukumaran and Andrew Chan to a second chance at life, even though that might not change much of what they have been living in the past ten years.

Arrmanatha Nasir’s questioning of Australians’ true colours made me think of recently rising cautiousness within Indonesian communities in Australia following a series of diplomatic tensions between the two countries. These tensions seem to have been made worse by recent incidents that, it is speculated, were associated with the rise of anti-Islam and Asian-related racial sentiment in Australia. Media coverage doesn’t help around this unhappy time, causing my parents to endlessly remind me to ‘stay safe’ every time I phone home.

Feeling annoyed by that thought, I recalled a conversation I had with a stranger last weekend while relaxing in a quiet bayside park of Sorrento, a beautiful coastal township not far from Melbourne. The conversation has stirred up awareness in myself about how clueless people are of others’ true colours until they decide to take the courage to ask instead of making assumptions.

‘Dari Indonesia, ya?’ The man greeted me in Indonesian and I guessed it must have been partly because of the veil I was wearing. I smiled and nodded as I watched him parking his bike. He spoke Indonesian confidently, but his Australian accent was strong.

‘Hi, I’m Bill. If you don’t mind…’ He gestured that he wanted to sit down on the grass next to where I was lying reading The Childhood of Jesus, a 2013 novel by the Nobel laureate J.M. Coetzee. Provoked by the title and Coetzee’s profile, I checked the novel out of the campus library only to have it sitting on my desk for weeks, buried among journal papers and tight thesis deadlines.

‘No… not at all… please.’ I sat up to allow him a space. ‘A really lovely day for a wedding, isn’t it?’ We were looking at a small wedding ceremony, probably twelve to fifteen guests, not too far from where we were sitting. For a while, we watched the joy of the newly-wed couple taking pictures on their Harley Davidson. The groom was dressed stylishly in a Scottish kilt; the bride was wearing a simple ocean-blue mini dress and holding a small bucket of blue roses.

‘This is what I really love about Australia. People put aside conventionality and have a personal touch with almost everything,’ I said. Bill laughed as I told him how obsessive most Indonesian families are when it comes to organising a wedding ceremony.

After exchanging a few words about the sunny weather and a little story about how he came to learn to speak Indonesian, Bill and I came to the unavoidable topic of Bali, and then the Bali Nine. He asked if I’d heard about the trending hashtag #BoycottBali on social media. I said I had read the news about the campaign to rule out Bali from Australians’ holiday destination list.

‘It’s really ridiculous, isn’t it?’ he commented. I wasn’t sure what he meant by ‘ridiculous’, but perhaps he, like me, felt the irony in the naïve expectation that blacklisting a holiday destination might equal a human rights campaign.

Being cautious, I tried my best not to sound too defensive about why Indonesia needs to go on with the executions. I quickly decided not to discuss how the death sentences of the Bali Nine duo, which were handed down in 2006, have always been framed in the discourse of Indonesia’s supremacy against diplomatic pressure and public and media opinion. Early this year, Foreign Minister Retno Marsudi announced that maintaining Indonesia’s sovereignty has become one of three priorities of Joko Widodo’s foreign policy. Cancelling the sentences would cause a lot of questions and add more doubts to Joko Widodo’s rough first year in office. On Tony Abbott’s side, saving the Bali Nine duo might also be an issue of nationality, which holds particular importance after the parliamentary spill that put him at risk of getting the boot.

Yet, instead of saying all that, I chose to state a more general opinion that political pride and human rights issues hardly fit into the same frame. After all, I did not know what Bill might think of this whole business of the Australia–Indonesia relationship and how it has amazingly survived posturing from both sides.

‘Honestly, Bill, I don’t know what to say about the death penalty,’ I said. ‘It’s a matter for high-level politics. I don’t think we’ll ever know what’s going on behind closed doors. What I can’t understand, though, is why someone is made to stay on death row for so long only to find they will not be given a second chance.’ Then I looked him in the eye and added ‘But, do you know what’s really sad about all this?’

‘It’s the fact that both countries have so often misunderstood each other. Australians come to Bali thinking that they would see Indonesia there. And after their holiday is over, all they can remember is an image of corrupt police and bureaucrats. They end up believing that Indonesian people are so poor that they would exchange anything for money.’

He looked at me sympathetically and nodded before adding, ‘And the Kuta cowboys … and those girls who sleep around for a few rupiah.’

‘Yes. That is sadly true,’ I said. ‘But isn’t it equally sad for Australians? Indonesians talk to each other about how reckless all foreigners are after seeing a couple of them get drunk and act like idiots in those tourist areas.’

He knew where I was going. ‘You’re right,’ he said. ‘It is sad that we misunderstand each other awfully because we overgeneralise about people.’

I nodded. ‘Yes, and we don’t always have the chance to talk to people and realise how sensible they are in their everyday life, just like you and I are doing right now. I think this kind of exchange, a real communication, is all we need to build mutual understanding among people across cultures, nationalities, and religions. People-to-people communication is non-political. We express ourselves and respect each other in the simplest, most genuine way. That is all that it takes.’

He agreed, ‘Unfortunately, as you said, not so many of us have the chance to communicate like this. Even when we do, not all of us are willing to take the chance.’  ‘I know. But I think this modern world offers unlimited alternatives. We can write letters or blog pieces, tweet a thought or post a few lines on Facebook to encourage people to stop overgeneralising and making nasty judgments of each other. I’ve also seen many incredible videos, posters and paintings that campaign for people-to-people diplomacy on the internet. They are amazing. And, best of all, they save us from the nerve-racking risk of communicating directly, like this. I know that some people are really shy.’

Bill shook my hand and smiled warmly, ‘You’re right, Delita! Senang berjumpa denganmu (I’m pleased to have met you).’ Before we said goodbye, we thanked each other for finding the courage to talk and discover each other’s ‘true colours’ instead of making silent, uninformed judgments.

Delita Sartika (delitasartika@gmail.com) is a PhD candidate in contemporary Indonesian Islam at Monash University. This article was originally published in Inside Indonesia.