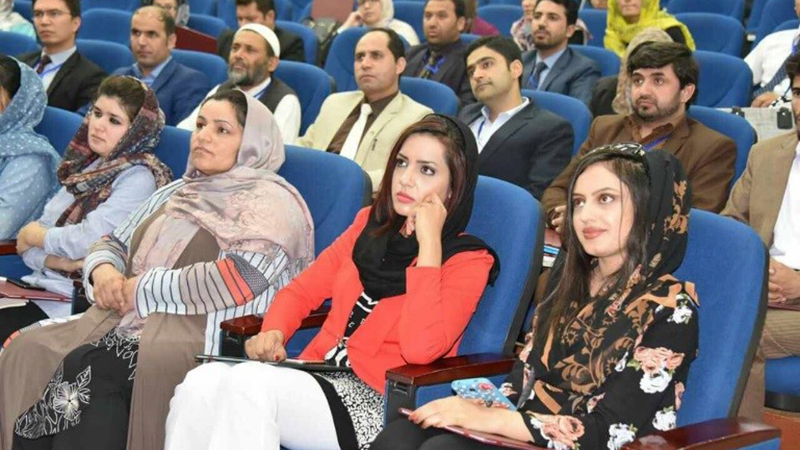 Mr Jones, my crusty old grade 6 school teacher, used to say “you can learn from the greatest of fools, Evans”. It was a comment he usually made after I made managed to proffer some new view on something or other. Even so his advice was very wise and never forgotten.

In 2008, a great friend from Kabul asked me to come to his newly established institution to share some experiences in countering corruption I had gained from working in the post Tsunami Reconstruction Ministry, BRR, in Aceh. With the full blessings of my minister I headed off with confidence to Kabul ready to share our experiences. As I prepared to meet the members of this new institution I thought about my opening line: “Hello, I am Kevin. I’m from Indonesia and I’m here to talk about corruption”. A sudden chill ran though me, but it was too late to think of anything else.

I stated my line and their collective response was “Alhamdulillah! We can learn much from Indonesia as we know Indonesia has made much progress”.

A few months ago I got another call to help: this time to put together a Summer School on Anti-Corruption for selected Afghan civil servants, NGO activists and people from the media. Working with Kemitraan, a well-known Indonesian civil society group, we put together and delivered the program with input from friends from the anti-corruption movement and agencies here and from U4 in Norway.

The program was delivered in late September. About 40% of students were women. The trainees were so enthusiastic and keen to share ideas and probe our experiences and approaches.

The changes I saw since I first lived in Kabul in 2002 have been quite amazing. On the issue of corruption, which I saw then as a clear and potential threat to the whole post-Taliban era, sadly the responses varied from “It is not a problem here as there is no tradition of corruption” to “Yes, very important issue, Kevin. We will include an anti-corruption component in our next 5-year program cycle”. These statements might best reflect an approach of “head in the sand” and “closing the gates after the horses have bolted”.

In Afghanistan today there is clearly a growing revulsion against corruption, nepotism and other more vulgar forms of abuse of authority. Political leaders would do well to listen to these aspirations and sentiments. The country is still at the trial and error stage – struggling to come up with an effective and comprehensive approach to begin pushing back against institutionalised problems of corruption. But there are a few green shoots.

Beyond the classroom, I found that Kabulis are these days more likely to express a view directly and without considering what they thought you wanted them to say. The media also looks quite robust. While no doubt partisan views are expressed, they also appear to be multi-partisan in expression across the various media outlets.

The people are much healthier than they were. They are now dressed in much more colour, variety and styles.

In terms of infrastructure, the changes are quite remarkable. In 2002 the only people with mobile phone were members of the international community and a few very well placed Afghans. Now the people are fully equipped with the latest gadgets. The roads are much improved and widened and are covered in very good quality asphalt, complete with some guttering and better footpaths.

New shops and shopping centres have opened along old shopping roads and numerous new apartment blocks have been built. Many rather colourful Wedding Halls have also opened suggesting a new and brisk business in the marriage sector of the economy.

And the downsides? Security is poorer. While no doubt breaching any number of UN security rules, I used to walk home from work late at night through the markets and the beautiful Shahri Naw Park in Central Kabul. I wouldn’t do so now. Getting into the bright new airport last week required 2 car searches, 2 body searches and about 4 baggage x-rays. Another growing problem is traffic jams. With a population rising from about 1 million at the turn of the century to an estimated 5 million today, movements on the road can be Jakarta-like at peak hours.

The recent decision by the USA Government to extend its program of support to Afghanistan has clearly been well received by people in Kabul. The various insurgencies have been growing bolder over the past couple of years and the idea of an American “pull out” was seen as being to their benefit, and not to the benefit of supporters of the current constitutional order.

Despite the appalling abuses of one group against another, it continues to astound me that no secessionist movements exist – every group and faction is committed to being part of the nation. Perhaps the biggest homework is for the peoples of Afghanistan to develop an agreed set of principles that should define their nation and how they treat and engage each other, their regional neighbours and the wider world.

As the country approaches its 100th birthday in August 2019, it may be opportune for the younger generation to begin reaching out to each other and creating together some key national principles that will bind all groups without exclusion and discrimination. Many young Afghans reject the primordial and ethno-chauvinist appeals that has for so long defined political cleavages in the nation. How their country cousins from the rural and regional townships see the nation and how they reach out to each other may be a key factor that determines whether the nation can move beyond the cycle of insurrectionist violence and socio-economic and politico-cultural exclusivism.