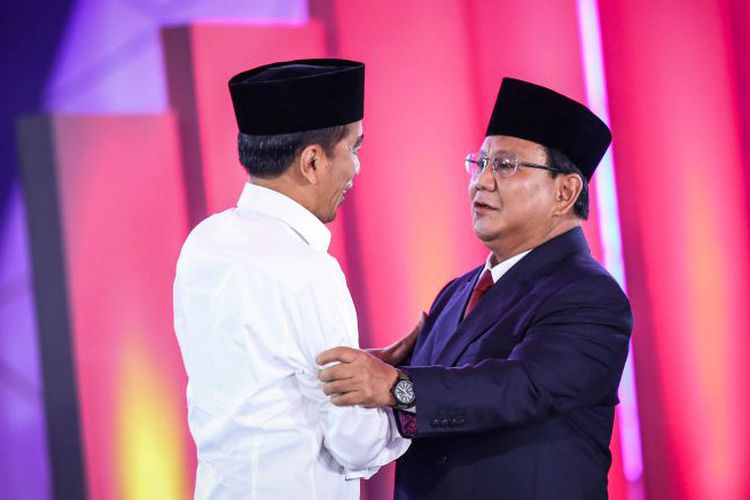 The concept of candidate debates in Indonesia has been an evolving but growing part of the electoral process since early in the Reformasi era. Cynics have developed a view that these candidate leader debates make no difference.

In countries where the debate format is highly stylized, orchestrated, and where candidates speak a lot but struggle to say nothing – lest they offend some of other demographic – the potential for surprise and spontaneity in a debate is indeed rather constrained.

Fortunately this is not the case in Indonesia. Indeed I continue to believe firmly that the third debate of the 2014 presidential election actually flipped the election result from where it was very clearly heading in the weeks leading towards polling day.

The format here provides several opportunities for candidates to respond to one another. There is also an audience of candidate supporters, who are invariably more animated than the debate hosts would like! A little singing and dancing before the debate starts also helps to reduce the air of stiff formality that seems to constrict the free flow of debates elsewhere.

While it is true that the presidential candidates are the same two people from the 2014 election, there are numerous differences. Arguably the most important among these is that one of these candidates now has experience as President.

In essence there is a presidential track record to either defend or critique. “Experience matters” is an issue that the President’s team has already begun to push forward as a critique against his opponent.

The themes for the first debate include the law, human rights, terrorism and corruption. The format whereby both pairs of candidates face off against each other provided a useful indication of chemistry within the teams and a way of looking at the four together.

For younger voters, Sandiaga Uno (Sandi), the vice-presidential running mate of Prabowo Subianto, stood out as appealing and quite eloquent. Certainly during the first half of the debate, Sandi played an quite active role in answering questions for his team with 7 minutes of speaking time in total. Prabowo (21 minutes of speaking time) seemed very happy for Sandi to speak out.

At this point the contrast with the team of President Joko Widodo (Jokowi) and KH Ma’ruf Amin (Ma’ruf) was rather clear. For much of the first half, the aging Ma’ruf (4 minutes of speaking time in total) said virtually nothing with Jokowi leading fully, with (24 minutes of speaking time). A couple of cheeky comments I saw on social media included suggestion of checking if Ma’ruf was awake.

That changed somewhat in the section of the debate dealing with terrorism. Here Ma’ruf stepped up to provide what was arguably the most thoughtful and substantive answer of the night outlining a coherent strategy for addressing the challenges of terrorism and radicalism.

Prabowo, by contrast, postulated that there was no real Islamic terrorist problem here as it was all foreigners and other seeking to discredit Islam that were involved in this, not Indonesian Muslims. This kind of conspiracy against Islam harked back to the views of many Indonesians in the pre Bali bombing days.

In terms of team chemistry it would be fair to note that Prabowo-Sandi appeared more natural and warm while Jokowi-Ma’ruf appeared more formal albeit polite.

On the issue of law and human rights the issue of persecution of minorities arose. This issue invariably connects the public’s mind to hardline intolerant religious groups bullying some or other minority.

As such, given that these groups are seen as closer to the Prabowo camp than the Jokowi camp, it was an issue that could be seen as difficult for the Prabowo camp. In the end Sandi deftly addressed the issue by focusing on discrimination in the application of law identifying cases where poor people face harsh justice while the wealthy enjoy a different experience with the law.

On the issue of corruption, Jokowi questioned Prabowo on his commitment to countering corruption when he personally signed several corruption convicts onto his party’s candidate lists. A sharp and pointed question for sure but it was one that Prabowo failed to hit back effectively.

Elsewhere in this debate, Prabowo argued that paying poorly senior officials was irrational if you then also expected them to act honestly. He argued that it would be fine to raise taxes sufficiently such that judges, prosecutors and police could be paid properly and thus reduce the temptation for them to engage in corruption.

Jokowi countered by arguing they were paid enough and that rigorous internal control systems as well as external control systems were the answer. In his reply, here and elsewhere, Jokowi was sharp, blunt and almost agitated. This may have been part of efforts for him to demonstrate dominance over the space – in essence to be the alpha male in the debate.

Elsewhere Prabowo probed the issue of incoherent implementation of policy in the field where the policies of one minister seems to be at odds with another. Jokowi’s reply seemed a bit odd – certainly welcoming robust debate around the Cabinet table but also indicating he was very relaxed about incoherence in policy application in the field.

Prabowo’s lament about the quality of law enforcement and access to law was met with some caustic remarks by Jokowi that if he was aware of a crime he had lots of avenues to report and should do so. He then noted the issue of people taking complaints to the public at press conferences recalling in particular the embarrassing case of a Prabowo supporting dramatist who claimed to have been attacked in public only later to recant and confess to having just had plastic surgery.

Jokowi’s concluding comments that he and his running mate were not human rights violators and a further statement that “I have no burdens from my past. So it is easy [for me] to be able to work” were particularly pointed and almost acidic.

In an interesting precursor to the future debate on economics, Prabowo used the opportunity of a couple of his interventions to raise the need for national self-reliance in a variety of commodities. His aggressive prosecution of economic autarchy in terms of trade should be an interesting aspect of the future economic debate.

Post-debate analysis was interesting including analysis of Indonesian social media chats, tweets and comments. Kompas TV conducted a quick post-debate polling of the opinions of various people as to how they rated the candidate teams on three issues.

Further post-debate data analysis, presented by Indonesia Indikator, reported that their social media monitoring indicated that some 55% of people, who were commenting on these elections issues, had not been commenting on it beforehand. This was clearly a positive development in terms of citizen’s growing engagement in the election.

For what it is worth I believe this debate was a good kick off for the debate series.