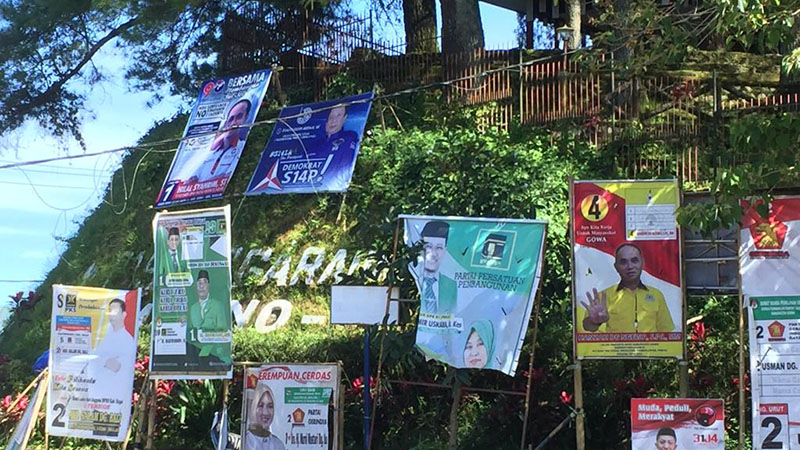 Every nation develops its own special election rituals. In Australia there is the almost church-like reverence as votes are counted in schoolrooms across the nation with eagle-eyed party scrutineers watching carefully to ensure their candidates do not lose a vote.

Over the past couple of decades there has also been Antony Green’s cheerful face on TV informing us passionately of the trends in one or another electorate going back to the days when Bob Menzies was a lad.

Indonesia too has its own election rituals. A couple of days before Polling Day, local residents across the nation come together to erect their polling stations in the middle of roads or in parks. On the big day after polls close, people, regardless of their preferred party, stand together watching as each vote is counted. They will clap, cheer and laugh as each vote is recorded on white boards. It has been this way since even before elections were democratic.

Since the emergence of direct elections for the president, governors and mayors, we have seen the growth of candidate debates. As not everyone can be accommodated in the debate hall, groups of friends and relatives gather around the country to watch and comment on the performances of the candidates and also of the moderators. In Indonesia this get together has its own acronym, nobar – nonton bareng (watching together).

Inside the debate hall candidate sympathisers cheer and jeer while animated members of the commentariat on all the TV stations lament the lack of substance in the debates. But the debates do matter. Votes do change. Candidates know they have to take them seriously. Folksy informality aside, everything from clothes worn and salutations offered are considered carefully. The voters are watching and deciding.

Another interesting ritual takes place on the evening that the campaign blackout period, or ‘quiet period’, begins. Until that evening, walls, fences and trees on all streets of the nation are covered with campaign paraphernalia for one or other party or candidate. As if by magic, by the morning it is all gone. Campaign teams and others work hard to respect this regulation as they have for decades. Other rituals have disappeared; in the old days campaigns were mainly about roaming about the already crowded streets in huge convoys.