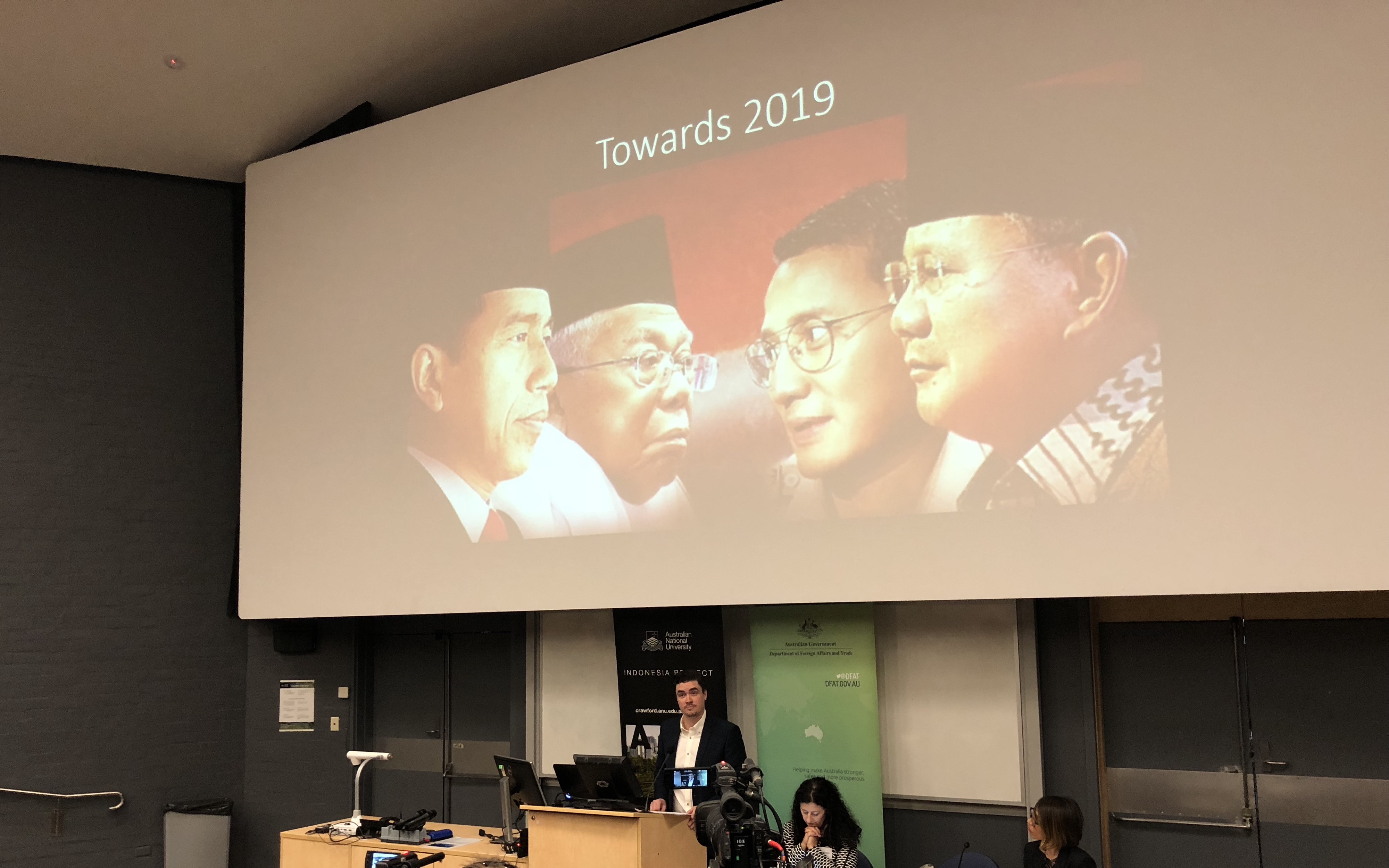 To read this piece it’s important to first remember that Indonesia is a democracy. In fact, it is the world’s third largest democracy.

This point has to be made clear because more than 70% of Australians do not agree that Indonesia is a democracy, as shown in a recent Lowy Institute Poll.

It matters because how you perceive your neighbour will set a value on the relationship; and a smart Australia should value and understand its neighbour more. And it could be argued, support the country’s role as a democracy in the region.

At this point, there are undercurrents in Indonesia’s democratic system that are causing concern.

This theme came out strongly at the annual Indonesia Update in Canberra recently. In particular ANU PhD candidate Thomas Power discussed how growing intolerance and a use of authoritarian tactics were areas for concern.

Especially at a time when elements of democratic decline are being seen in other parts of the world.

Speaking to the AIC later, Thomas said it was a particularly concerning trend in the lead up to the 2019 Presidential elections.

“I think that in 2018 we’ve seen continued evidence of Indonesia’s democratic decline, and the erosion of fundamental democratic institutions.”

To understand the shock of this, we need to go back to 2014 when Joko Widodo was elected President. It was a tough battle, and Jokowi (as he is called) was seen as the moderate progressive who was the face of a new Indonesia, outside of the political elite and one of the people.

He was also a candidate who did not adopt the authoritarian tone of his political opponent, Prabowo Subianto.

However, there is a growing concern that Jokowi is not defending some of the fundamental tenets of democracy, seen in such actions as using his powers to silence opponents, and letting a conservative strain of politics have too much influence.

Thomas Power outlined how the Presidential Palace had been using law enforcement against those involved in activities that were legitimate democratic protest, while threats of corruption investigation and prosecution were another tool against opposing political figures.

“Once you have these kinds of measures being used against groups that are actively pursuing a democratic agenda, rather than an anti-democratic, illiberal agenda, that really starts to erode the foundations of a balanced democratic playing field, and I think that’s a big concern for the future of Indonesian democracy, particularly in the lead up to 2019.”

Meanwhile an increase in intolerance, linked to conservative Islam, was having the effect of marginalising others. And abetting a clamp down on people of different religions, such as the Ahmadiyah, or people with different personal identities such as homosexuality.

“We’ve seen the further mainstreaming or further inclusion of quite conservative, intolerant, anti-pluralist Islamic ideas in the corridors of power.”

I asked AIC Indonesia Director and political watcher Kevin Evans what he thought of the presentation.

“I think Thomas has identified quite elegantly how Indonesia has not been immune to the rising global tide of political machoism personified in places as varied as the USA, Turkey and the Philippines.”

The direction that the world’s third biggest democracy takes, and a continued backslide into authoritarian behaviour is clearly of interest to Australia, as the two nations will benefit from working together strategically in a region undergoing immense change.

Recently the AIC interviewed Ridwan Kamil, a popular and progressive politician who believes Indonesia’s future is one of a moderate democracy.

There are many reasons to celebrate the progress that Indonesia has made since the late 90’s and the process of Reformasi.

The people value their chance to be a part of the democratic process, and huge elections are held at all government levels with none of the violence that many Australians still associate with the country. At the moment there are some fractures which are worth keeping note of.

You can view the summary of the ANU Indonesia Update 2018 here.