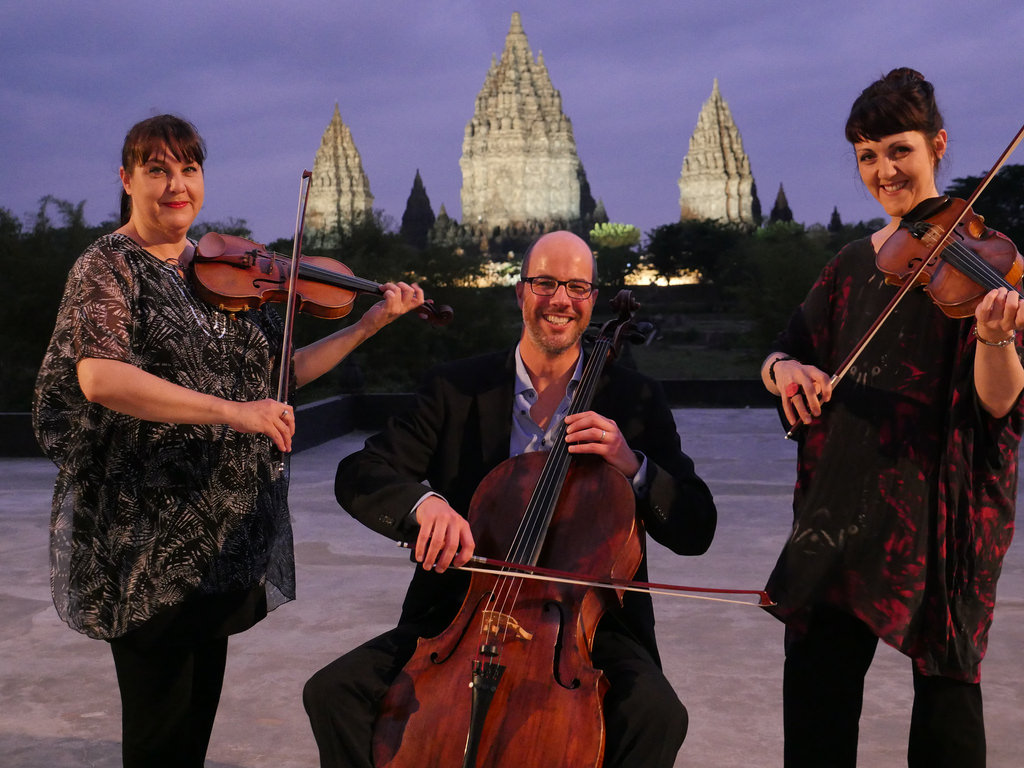 The internationally acclaimed Melbourne Symphony Orchestra (MSO) has taken a significant step towards performing at an historic 9th century temple in Indonesia, in what would be one of the most exciting cultural moments in the Australia-Indonesia relationship.

Under the agreement, the MSO will send up to 20 performers to take part in a music camp in Yogyakarta in 2016. Then, if the parties can raise government and corporate funding, the MSO will perform at Prambanan Temple in 2017.

“This collaboration is exciting,” Mr Harold Mitchell said. “Great friendships can be built through cultural diplomacy.”

The cooperation agreement follows a year of planning by the Australia-Indonesia Centre. Highlights included a tour of Jakarta and Yogyakarta by former MSO Managing Director Mr André Gremillet and the orchestra’s Director of Operations, Ms Gabrielle Waters, and a visit to Melbourne by the Sultan of Yogyakarta on October 1 to meet business leaders and watch a triple-bill MSO performance at Hamer Hall – Smetana’s opera The Bartered Bride, Dvořák’s Violin Concerto and Rimsky-Korsakov’s Scheherazade.

The Chairman of the MSO, Mr Michael Ullmer, said the progress on developing ties in Indonesia was most welcome. “International engagement is part of the DNA of the orchestra. Our musicians enjoy sharing skills, mentoring students and, of course, performing to new audiences. Given the close and important trading and diplomatic relationship between Indonesia and Australia we are very hopeful of securing the necessary support to bring this exciting partnership to fruition.”

Three MSO performers – violinists Sarah Curro and Monica Curro and cellist Rohan de Korte – performed in Yogyakarta today, at the Sultan of Yogyakarta’s offices during a signing ceremony and later at a dinner with arts and cultural leaders at Prambanan Temple.

The Director of the Australia-Indonesia Centre, Mr Paul Ramadge, said: “We wish to express our appreciation to the team at the MSO for their international vision. Music, like fashion and food, brings people together, it makes me smile, and it reminds us that, no matter what the nationality, we have much in common and much to celebrate.”