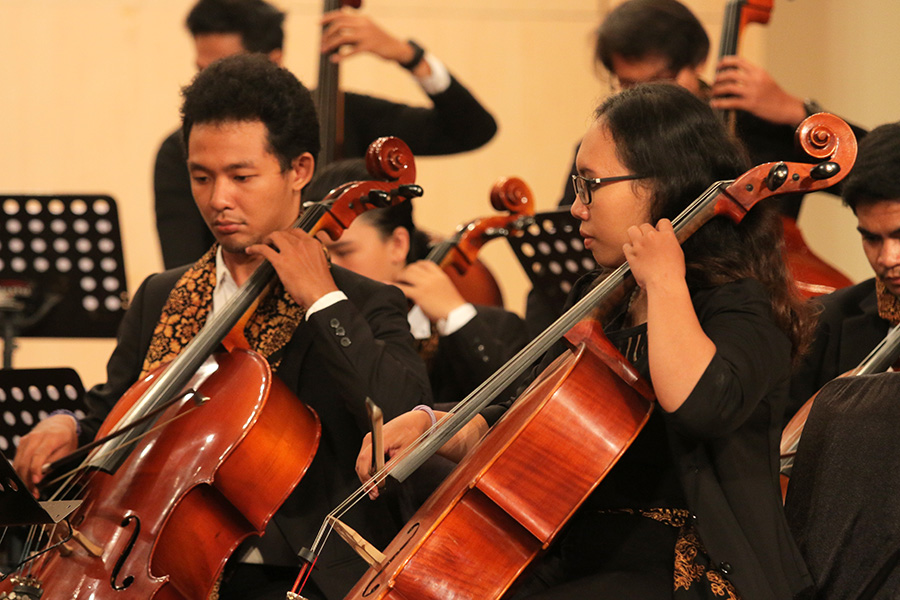 In October 2016 the Australia-Indonesia Centre facilitated a 5-day Music Camp conducted by the Melbourne Symphony Orchestra for 40 talented Indonesian music students in Yogyakarta.

A team of 7 people from the Melbourne Symphony Orchestra travelled to Yogyakarta for the week including five string musicians, the Managing Director and Operations Director. The Music Camp included tutorials, ensemble rehearsals and a collaborative performance with all students on the final day.

Over 300 guests attended the collaborative performance, including His Excellency, Hamengku Buwono X, the Sultan of Yogyakarta together with his family.

The Sultan praised the efforts of both students and the Melbourne Symphony Orchestra, having attended both a rehearsal and the performance during the week. He said in a statement, “The Government of Yogyakarta Special Region would (also) like to convey its gratitude and thanks to the AIC for its active contribution and believes that AIC can play an essential role to promote a better relationship that will give mutual benefits for the people of both countries.”