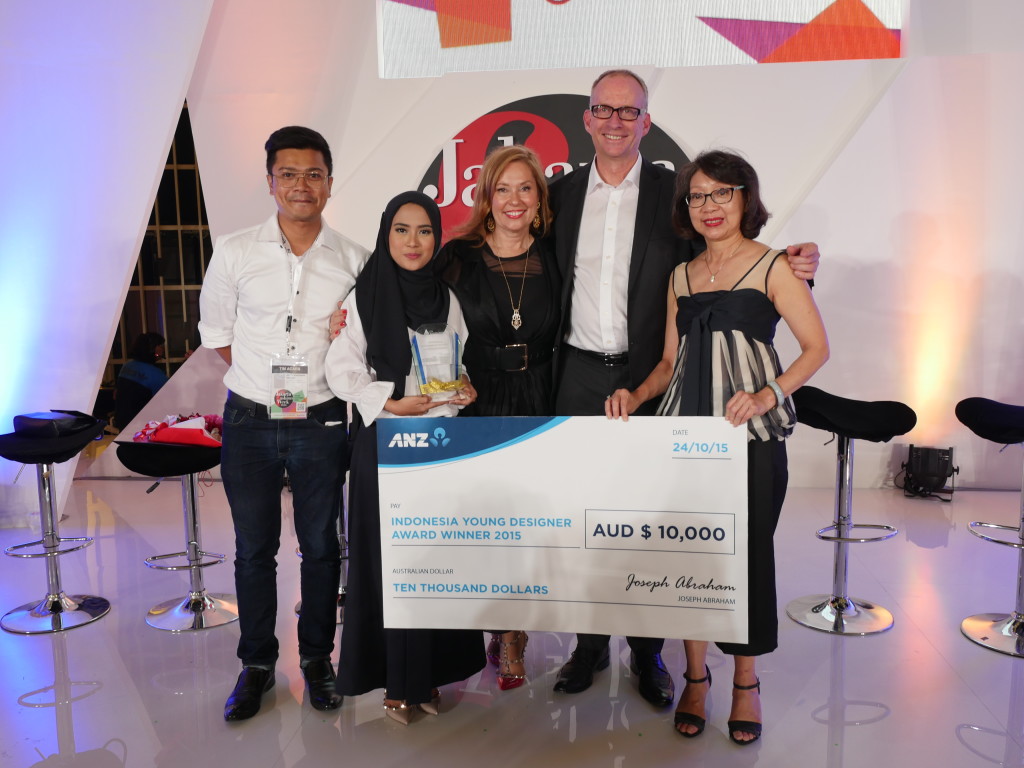 WITH their boxy, masculine shapes and muted colour palette, Jakarta label ETU is probably not what comes to mind when Australians think of Indonesian fashion, or Muslim wear.

ETU’S collection will hit the runways of Melbourne Fashion Festival next year, after the label won the 2016 Young Indonesian Fashion Designer of the Year award in Jakarta on Saturday.

Designer Restu Anggraini said it was her mission to make beautiful, modest clothing for people all over the world, regardless of their cultural or religious background.

She regrets that Westerners only think of “colourful hijabs, batik, ethnic or traditional dress” when they think of Indonesian fashion, and also the stereotyping of Muslim wear and modest wear.

“There is no single Muslim consumer, only consumers to whom we have to respond, who have wants, needs, and desires,” she told AAP.

“The Muslim market now is upper or middle-class females in large towns, who are open to new-age media and are also interested in new trends and fashion.” They are broad-minded, independent, and assertive.

“They are also tech and internet savvy, innovation-loving, globally-travelled, well-educated, self-empowered, believe in faith and modernity, and see Islam as a means to improve themselves and their community.”

They hope to meet Australian retailers and collaborate with local designers. “We are also very interested to understand the diverse background of people in Melbourne,” he said.

ETU was presented $10,000 in prize money on Saturday at the inaugural Australian showcase that opened this year’s Jakarta Fashion Week.

Supported by the Australia-Indonesia Centre, the event included runway shows by Melbourne label Pageant and winner of the International Woolmark Prize, Rahul Mishra, who showed designs made of cool, lightweight wool suitable for the Indonesian climate.

Originally published in The Australian.