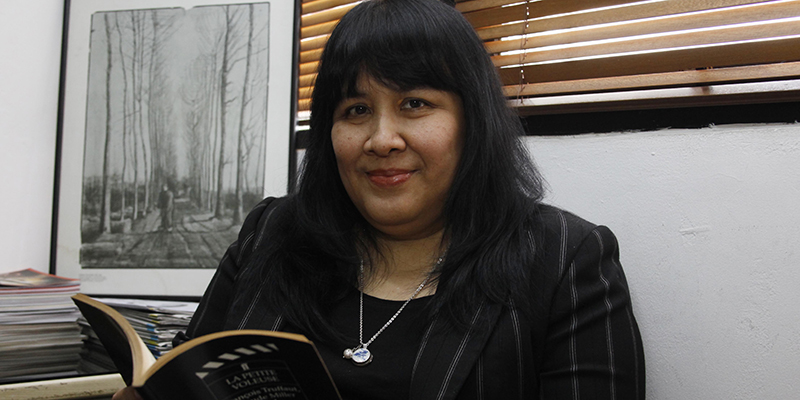 The Australia-Indonesia Centre is proud to announce the commencement of new longform essay series, showcasing prominent thinkers from both nations.

This bilingual essay series will showcase leading Australian and Indonesian writers reflecting on the important issues facing their societies today and into the future. The series aims to highlight the ways in which the peoples of Australia and Indonesia have common and shared hopes, values and challenges.

Topics for reflection in the essays include citizenship, democracy, disadvantaged and marginalised sectors of society, leadership, literature (contemporary, popular, women writers), culture (youth, contemporary, arts), religion and pluralism, technology and society, and the role of women.

The essays will be published both on the Australia-Indonesia Centre website and in major publications in both Australia and Indonesia.

Alice Pung is an award-winning Australian writer whose books include Unpolished Gem, Her Father’s Daughter and Laurinda. She edited Growing Up Asian in Australia, a collection of stories which has now become a high school textbook, and Unpolished Gem has been translated and published in Indonesia, German and Italian. Alice’s books have also been published in the US and UK. She is currently the Artist in Residence at Janet Clarke Hall, the University of Melbourne, and writes frequently for Australian magazines and newspapers. In 2016, Alice was RMIT’s Established Writer on the Writers on Cultural Exchange Program to Sun Yat Sen University, Guangzhou. She is an Ambassador of the 100 Story Building and Room to Read.

Leila S. Chudori is a novelist and journalist at Tempo magazine. She is also the author of 9 dari Nadira, Kepustakaan Populer Gramedia, 2009. In December 2013, Pulang (Home) received Indonesia’s preeminent prize for literature, the Khatulistiwa Literary Award for a work of outstanding literature. Home examines the tragedy of political exiles during Suharto’s regime (1965-1998) forced out of Indonesia after the 1965 massacres. It has been translated into English, French, German and Italian.

Susan Carland is an academic specializing in gender studies, politics, and sociology at Monash University, with a special focus on Muslim women and Muslims in Australia.  She is well-known as a commentator in the national media.

Eliza Vitri Handayani is an author and a literary translator. Her works have appeared in leading Indonesian outlets, as well as in the Asia Literary Review and Asypotote Journal. In 2004 she won an Anugerah Adikarya from the Indonesian Publishers Association, for best young-adult book. Her novella From Now On Everything Will Be Different was published in Indonesia in 2014, and in English translation in 2014 (Vagabond Press). She is also the founder of InterSastra, an Indonesian literary translation initiative. In 2016, Eliza joined the Writers on Cultural Exchange Program to Sun Yat Sen University, Guangzhou.

Essay Series: ‘An Ode to my Australian Identity’ by Sanaz Fotouhi