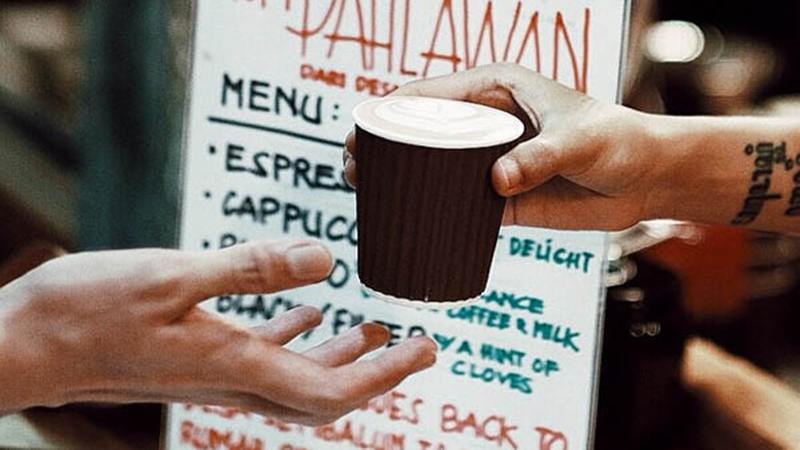 How can we improve relations between Australia and Indonesia? Researchers on the “Celebrating Everyday Life in Indonesia-Australia Neighbourhood” project seem to think the answer might lie in a cup of coffee.

In late 2017 a team of researchers from Monash University, Universitas Indonesia, Universitas Gadjah Mada and Queensland University of Technology jointly set out to learn more about the social activities of ordinary citizens in their daily lives.  Researchers wanted to know more about the aspirations, passions and dreams of Indonesian and Australian youths.

Instead of focusing on the usual links among the political and economic elite of the two countries, this project pays special attention to existing and potential relations between urban middle class Australians and Indonesians – whose interest has been driven by pure curiosity, common moral concerns, or social solidarity instead of short-term and material gains.

Researchers were keen to investigate new spaces and unprecedented engagements; to imagine new possible terrains and formats for Australia-Indonesia friendship in the future. Funded by The Australia-Indonesia Centre, lead researchers Professor Ariel Heryanto (Monash) and Dr Inaya Rakhmani (Universitas Indonesia) discovered “coffee culture” as an example of Australia-Indonesia people-to-people engagement that had not been widely known or explored.

Indonesia is home to some of the richest varieties of coffee in the world and Australia is reportedly the world’s leading “coffee culture”. Coffee culture is a relatively new urban phenomenon in Indonesia, particularly among youths and independent films communities; coffee is almost always present in small social gatherings as they talk about arts, films, and social concerns in trendy cafes. The habit links with street culture, including art, film and music.

Instead of focusing on coffee as a commodity (the product), the research team collected stories from Indonesians and Australians who have been involved in the pioneering work of bringing coffee culture to the next level of partnership between people and communities in both countries. The research team conducted 30 in-depth interviews with Indonesians and Australians in Jakarta, Bali, and Yogyakarta, as well as six Focus Group Discussions (FGD) in Jakarta, Yogyakarta, and Denpasar. These explored experiences which have some relevance to questions of building Indonesia-Australia relationships. Participants were young people with experience living in the other country .

The potential for building relationships over a common love for coffee was commented on by one participant:

It is a simple way to start a conversation because, ‘Did you know? Indonesia is actually the biggest coffee exporter. Actually, our coffee is delicious, there is Luwak, Toraja, Aceh.  We are the most diverse in the world. (…) Indonesia is home to hundreds [of varieties].’ Rather than talk about problems in Indonesia, isn’t it better to talk about coffee? This is a point to break the ice.

The future for coffee-based relationships is exciting, with current coffee culture already linked with other areas of engagement, such as independent film-making and film screenings. Gaston Soehadi of the ReelOzInd Competition was interested in the potential of linking coffee and film, while Lulu Ratna from Universitas Multimedia Nusantara, Jakarta has suggested residency programmes for Indonesian artists and art scholars in Australia. These would foster both cultural awareness and deep engagement with the promise for greater Australia-Indonesia people-to-people impact in both countries.

Placing coffee as a central theme to connect film and youth initiatives between countries is not only a great way to promote local products through arts and culture, but a promising form of cultural engagement between the two countries.

This article was originally published by Monash University. Read the original article.

Now or later: when should children learn English?