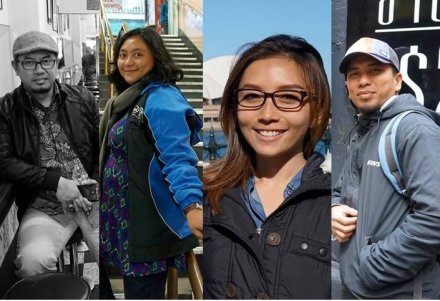 A month-long celebration of Australian stories and culture commences in Indonesia today with the launch of Window on Australia, a collaboration between the Australian Broadcasting Corporation’s International Division, Media Nusantara Citra (MNC) and Indonesia’s leading online news site, Detik.com. Window on Australia allows Indonesians to engage with and learn about Australia from a range of perspectives including agriculture, trade, education, Indigenous Australian culture, art and more.

Australian content will be aired daily across five TV channels, made possible by ABC International’s partnership with MNC, Indonesia’s largest media company.. Australian news and stories will be featured in daily segments on MNC’s news bulletins and in special features during the month.

Audiences can go online to explore Window on Australia articles, videos and conversations via Detik.com, and via AustraliaPlus.com/Indonesia, produced by ABC International.

President of MNC Group, Hary Tanoe said: “The objectives of our cooperation with ABC International is to educate and inspire our audience through Australian stories where our reporter experienced all aspects of Australian life first-hand, including business, arts, fashion, cuisine, transportation, education and agriculture.

“For the second year of Window on Australia, we have emphasised agriculture stories as we want to learn and improve sustainable agriculture and promote our national strategies in achieving food security.

“MNC is also proud to announce that one of our main programs was broadcast on ABC3 Australia as part of the reciprocal agreement with ABC. This demonstrates how the cooperation brings mutual benefit where our content also can be watched by audiences in Australia. Thus our media group plays a significant role in representing Indonesia in the Asia Pacific region, particularly in Australia.”

Window on Australia will be officially launched at a reception tonight in Jakarta hosted by ABC International, MNC and Detik.com. The initiative will run from Monday 9 November until Tuesday 8 December.

The Australia Plus multi platform international media service has a potential reach of 190 million people in 38 countries across Asia and the Pacific. Trusted and engaging content from ABC International is extended through a network of local in country partners in eight languages. Partnership opportunities are available to a limited number of Australian businesses. For further information, please contact Rebecca Bignell +61 (02) 8333 1164.