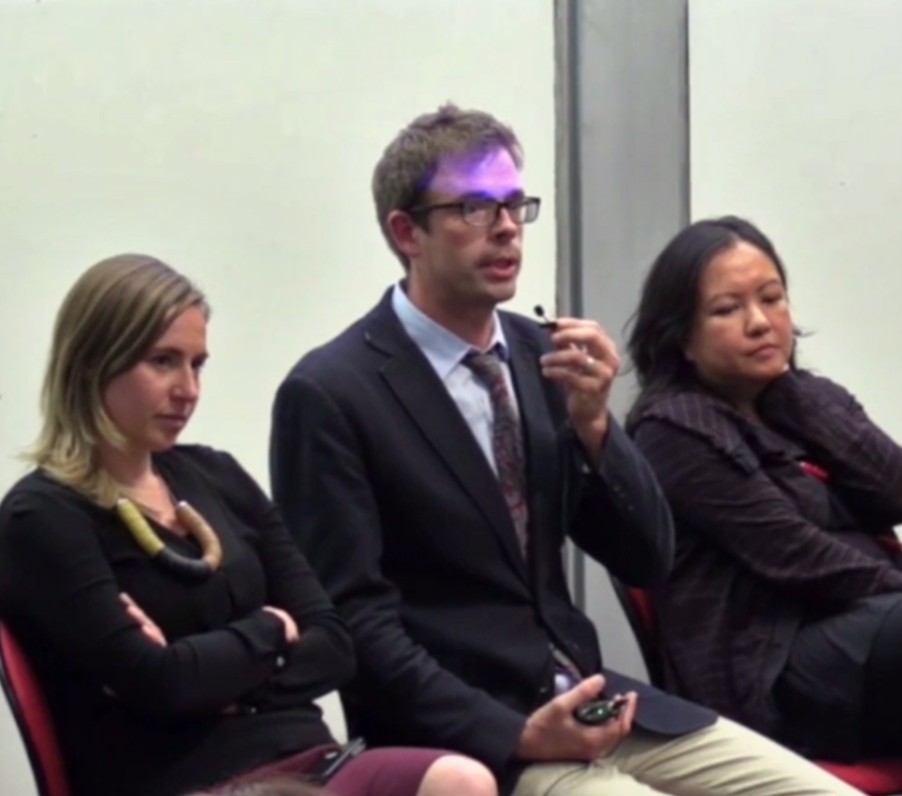 Introduced by Australia-Indonesia Centre Research Director Dr. Richard Price and hosted by the Centre’s Research Fellow Jemma Purdey, the seminar featured four researchers presenting two studies, as well as a robust question and answer session with members of the audience.

The first presentation was from Senior Research Fellow at the National Centre for Australian Studies at Monash University, Dr. Agnieszka Sobocinska. Her research paper ‘Measuring Australian popular attitudes towards Indonesia over seventy years’, comprises analysis of 70 years of polling data  “working towards a holistic analysis of what Australians think about Indonesia, why they hold those attitudes, and how popular perceptions are politically significant in Australian- Indonesian relations”.

This was followed by Monash University linguistics and social science researchers Dr. RoseAnne Misajon and Dr. Howard Manns, and Graduate Student Muhammad Iqbal,  who presented their ‘Text analysis & smart power for the Australia-Indonesia relationship’ project, which involved a text analysis tool and a series of focus groups in both nations to establish a baseline understanding of the Australian-Indonesian relationship.

The seminar was concluded with a panel discussion with all four researchers and the Q&A. Watch all three parts below.