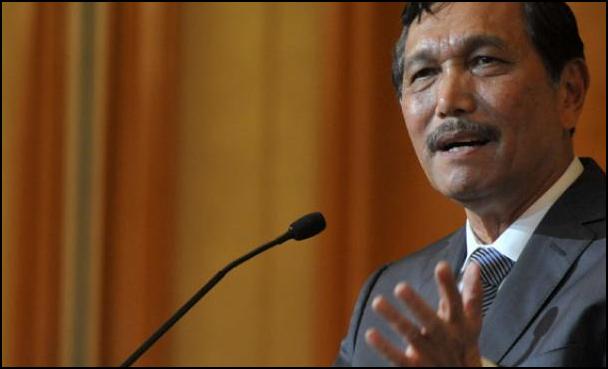 At a conference on people-smuggling in Jakarta in mid-February, retired lieutenant general and former trade minister Luhut Panjaitan suggested Australia needed to reclaim “trust” if it wanted to ­rebuild relations with Indonesia.

Not surprisingly, Panjaitan, a veteran of the invasion of East Timor, reminded the small audience of the loss of trust Indonesians felt over the events of 1999.

His comments following the revelations of Australian eavesdropping on high Indonesian officials, including the President and his wife, raise a fundamental question over the future of the relationship: What foundation and expectations should Canberra and Jakarta set as they seek to ­restore ties after another confidence-sapping crisis?

The question is just as pertinent for strategic and defence ties as it is for the broader bilateral ­relationship. The pool of goodwill, even among Indonesian military officers deeply familiar with Australia, can be shallow and evaporate quickly in a crisis.

It is fair to say expectations have not been managed well by either side in the past and not enough has been made of the ­opportunities for closer defence relations in the good times. The rhetoric of trust and friendship — a flimsy rationale for relations between nations — has obscured the necessity for a sturdier base to the relationship tied to a clear understanding of shared strategic interests. Those shared interests dictate Australia could and should do a lot more in the realm of ­defence co-operation and engagement in the years ahead.

Panjiatan’s reference to trust is interesting, because trust was what the chief of the Australian Defence Force, General David Hurley, appealed to when he visited Jakarta in August 2012.

Hurley told an audience at the Indonesian Defence University that Australia and Indonesia needed to seek a true “strategic partnership”, an outcome that was already starting to unfold with the defence relationship in “perhaps its best shape ever”.  Hurley then went on to tell his audience that this state of affairs was “built on implicit trust”.

“This trust leads to the ideal of a genuine ‘security community’, even a community of two nations, which forms the backbone of a strategic partnership,” he said.

It is highly unlikely that for the foreseeable future a country as historically wary of foreign interference as Indonesia will embrace the implicit trust necessary to fulfil this aspiration.

The realities of diplomacy generally leave little room for such sentimentality. They have changed little since Lord Palmerston declared, as British foreign secretary in the 19th century, that his country had “no eternal allies and no permanent enemies”.

“Our interests are eternal, and those interests it is our duty to follow,” he said.

It is precisely the nurturing of a sense of common strategic interests that will permit the creation of a strategic partnership — in fairness, a point Hurley more or less alluded to in his 2012 speech with a reference to the need for “shared values and clearly defined interests”.  And, indeed, those interests will in the future need to be much more clearly defined and articulated and carefully cultivated through frequent interaction at all levels of the strategic relationship.

Many shared interests are ­obvious, concerning the security and stability of maritime and mainland Southeast Asia. There is a range of actual and potential threats of a traditional and non-traditional nature of concern to both sides, such as transnational crime, terrorism, preventing the spread of weapons of mass ­destruction, security of the maritime environment and territorial disputes in the South China Sea.

But while there is an undeniable logic to the idea that a sense of shared interests offers the most solid foundation for future strategic ties, it is not always readily apparent to either Jakarta or Canberra what they should be when it comes to the details and how to act on them once they are agreed.

Indonesia places high value on its sovereignty and autonomy, which can limit the extent of co-operation with foreign powers, including its ASEAN brothers.

Still, the two defence organisations have come a long way in ­recent years in broadening and deepening the apparatuses for high-level dialogue. Annual leaders summits were established in November 2011. Then, in March 2012, the two countries inaugurated the so-called 2+2 meeting of foreign and defence ministers, followed by the first annual defence ministers talks in September.

These ministerial meetings now sit alongside the High Level Committee, which brings together the respective chiefs of defence forces, which convened for the first time in April 2013.

Collectively, these forums offer a solid foundation for encouraging greater strategic understanding once the crisis in relations provoked by leaks about Australia’s intelligence activities passes.

There are signs the recovery is not too far off. Different arms of Indonesia’s military organisation have had different responses to the freeze in relations — some headquarters or services have seen it as no more than a temporary setback and quietly continued co-operation, while others have frozen all contacts with uniformed and civilian Australian officials.

At a gathering at the Australian ambassador’s house in March attended by Defence Minister David Johnston, his Indonesian counterpart, Purnomo Yusgiantoro, made light of the problems in bilateral relations by using the ­analogy of a dispute with his neighbour over loud singing.

Indonesian military officers and defence officials have quietly reassured Australian friends and counterparts that things will return to normal in time.

One sign of an improving ­atmosphere is that planning is under way for the possibility of a visit to Australia by Indonesian armed forces commander General Moeldoko later this year.

But once relations are back on track, Canberra needs to step up the levels of defence co-operation and engagement to match, and add substance to the increased tempo of strategic dialogue — a point that should be borne in mind by the drafters of a new defence White paper.

In his October 2012 speech, Hurley outlined an impressive array of activities that had been quietly built up in recent years, ­resulting in the “highest tempo ever” of professional exchanges and visits, education and training, and exercises and operations.

But more could still be done. Defence co-operation and engagement still does not penetrate Indonesian, and for that matter Australian, military or political life deeply enough. Moreover, the levels of some Australian activities are inconsistent with the rhetoric in policy and defence documents.

The state of the Defence Co-operation Program offers one example.  In contrast to the hundreds of millions of dollars Australia spends on hedging strategies aimed at Indonesia, DCP spending in 2013-14 was just $3.7 million, less than half the amount of the peak in 2004-05.

In contrast, DCP spending in Papua New Guinea was $27m in 2013-14. This was more than the total amount of funding for all of Southeast Asia.

The logic of DCP activities, which include programs to support capacity building and education, training and study visits, is that they help Australian and Indonesian personnel build familiarity in working together and, foster increased understanding.

This cultivates habits of co-operation among junior service personnel and senior officers, making it easier to solve problems or conduct more complex exercises and operations when the opportunity or need arises. It is also a valuable contributor towards stimulating a sense of shared interests. It might, in time, even help build the elusive sense of trust.

Donald Greenlees is a PhD candidate at the Defence and Strategic Studies Centre at the Australian National University. He is based in Jakarta.