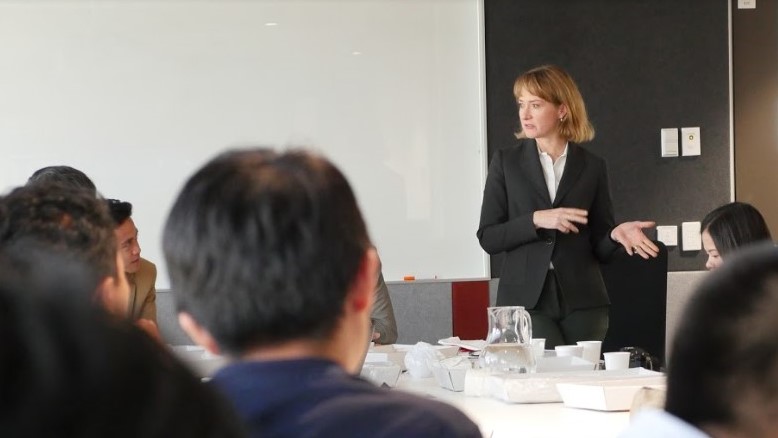 Jakarta is a city that knocks you around in the first year. If you survive that,  use what you have learnt in year two, then invariably, Indonesia becomes the country that you can’t let go of.

When I arrived in Jakarta in late 2010 for my posting in the ABC bureau as the Australia Network Correspondent I was unprepared. I have to confess to not really knowing much about the country, having avoided it in my travels around Asia. My only visit to the favoured destination of Bali had been at the behest of a friend, and that was a recent trip. Now I see that like many Australians my view of Indonesia, and my attitude towards it, was formed by events that had happened 15-20 years ago. And I was simply not up to speed on how much it was changing.

My first days in Jakarta were a jarring lesson in how difficult a place it is to simply move around in, with little public transport or decent sidewalks, and a confusing road system. I have found it the most difficult Asian city to get my bearings in.  Add to that the constant noise, the fumes and garbage, and it can be quite a shock to the system.

On top of coping with a new city, in the first six weeks while I was still trying to get my computer to work, the stories rolled thick and fast. Bits fell off a Qantas plane onto one of Indonesia’s 17,500 islands. Mount Merapi spewed its hot ash and molten lava in a spectacular and deadly way, President Obama visited, former Prime Minister Julia Gillard called in, and I have a feeling there was a small tsunami in there somewhere … or an earthquake?!  It was exciting for a journalist but also exhausting. And I wondered how on earth I would keep up the pace. Thankfully things did slow down … but not a lot!  Life in Indonesia is dynamic. It’s about reaction and disarray and eventually getting to the end point. Events and meetings are organised at the last minute, and then changed.  For instance, ‘the President is speaking in 30 minutes, can you go to the Palace?’. Not a straightforward proposition in a city that is often in traffic gridlock.  There are multiple things happening at once and people are jumping between them, although the irony is that due to the culture, outcomes are slow to materialise.

There have been many memorable moments and amazing stories. Meeting the resilient women of Aceh, filming deserted villages where the lava flow has frozen as it has snaked down through homes, visiting an impoverished fishing village that was home to the captain of an asylum-seeker boat, the environmental mess of the peat-land forest fires, and covering the trial of extremist Islamic leader Abu Bakar Bashir (while on crutches).

My young and smart Indonesian producer and I have also perfected the 20 minute slide … Sliding through airports with just 20 minutes before a flight, somehow getting large amounts of luggage & shooting gear through. All smiles and chit-chat.

Being in Indonesia has presented me with challenges and experiences that have enabled me to mature professionally in ways that would take years in Australia. And forced me to think about the region, and its stories, in a far different way.

I am often asked about the ‘dating life’ of an independent single woman. There is good and bad.  There are a lot of interesting people here and rarely a dull moment. But Jakarta is the least likely place to find a soulmate, or even someone to provide the company that helps you get through those tough times. Which must be why all my professional, sassy friends, Indonesian and expat alike, look out for each other. And have a damn good time together.

In the past year there has been a change too, more professional women coming in as the economy has grown.  I think that will change the tone.

Indonesia can drive you insane. The contradictions and cultural differences can be a challenge. Some moments, such as acts of violent intolerance, can be particularly jarring.

But it is a country that also gives back.  I have learnt a lot about patience, the value of a smile, the incredible diversity that I never knew existed and the unique mish-mash of religions. And the importance of building relationships and creating trust.

I am still delighted and amazed at the infectious enthusiasm and smarts of Indonesia’s young people. And so glad that they come up to chat with an (older) person like me!

When I do leave, it will be with a desire to never lose touch with a country that has let me in.