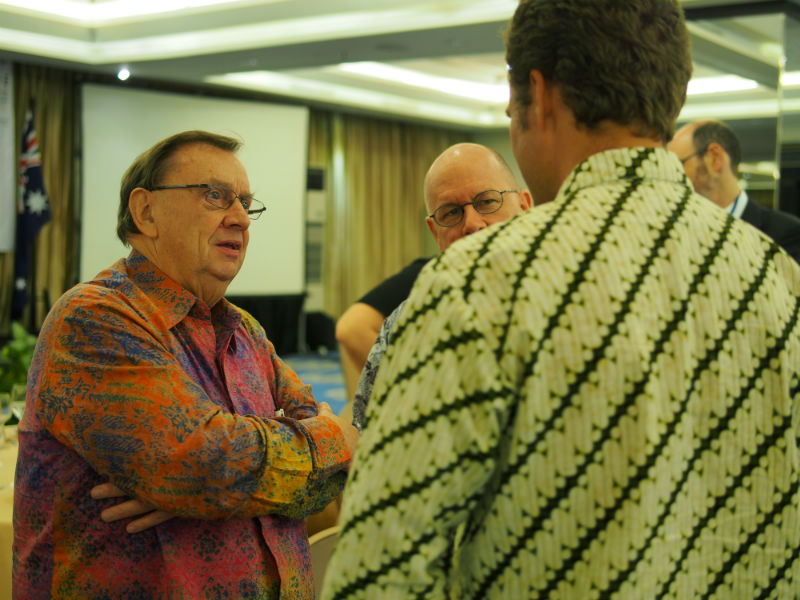 It wasn’t that long ago that the world was mesmerised by the rise of Japan. I remember well the repercussions in the United States and elsewhere over Japan’s state-directed capitalism. Japan was, in the 1980s, the market to emulate. The Japanese had just-in-time management. Employees were loyal and highly productive. Japanese business models spread internationally to automobile production lines. And a generation of Australians were told to learn Japanese to advance their careers.

Now we are obsessed with China, for somewhat different reasons but with a familiar all-encompassing urgency. The mushrooming Chinese economy, and China’s accompanying rise in geopolitical power and influence, has captured everyone’s attention. Almost every economy has come to rely on Chinese domestic growth to fuel its own growth. And many Australian children are learning Mandarin.

It is instructive to look over a week’s worth of Australian newspapers and conduct a story count. How many stories mention China?

Under all the headlines, the good news, in both historic and current terms, is that Australia has responded effectively to the changing realities of global markets. The nations of the world are inextricably linked these days because of global supply chains, multilateral agreements and the great forces of 24/7 technology and travel, links accelerated by the rise of Asia.

Why is it that the rise of Indonesia – our closest and arguably most strategic neighbour – is attracting such comparatively low interest in Australia?

So, given the history, given the importance of responding to economic shifts, why is it that the rise of Indonesia – our closest and arguably most strategic neighbour – is attracting such comparatively low interest in Australia?

I can hear the murmurings: corruption, poor governance, weak rule of law, constantly changing foreign investment rules, trade barriers, protectionism, and an unpredictable regulatory and legislative environment. You can throw another log on the fire – political uncertainty in 2014 ahead of the presidential election on July 9.

But – and it’s a big but – other nations are not standing by while Indonesia moves from the 17th biggest economy in the world by GDP to a forecast 6th or 7th by 2030. They know that emerging markets are challenging but this hasn’t stopped them from actively engaging. The Chinese, the Americans, the French, the British, the Koreans, the Germans, the Russians, the Dutch: they are all lining up for investment and trade opportunities. Japan is the clear leader in direct foreign investment.

It is late, but not too late, for Australia to seize the opportunity on its doorstep. Telstra clearly understands the opportunity in telecommunications. It signed a joint-venture agreement with Telkom Indonesia last month. Other Brand Australia heroes include ANZ, the Commonwealth Bank, Coca-Cola Amatil, Leighton and BlueScope Steel.

My personal involvement with Indonesia spans many decades. I was active earlier in my career in the advertising business and travelled often to Jakarta. More recently I have been working closely with Indonesian partners in the beef industry as a significant cattle property owner in Australia. I have witnessed a nation transformed.

I was in Jakarta last week as chair of the board of the Australia-Indonesia Centre. At times I wasn’t sure if I was in New York or London. Corporate Jakarta is moving at an amazing pace. Up go new buildings. In goes a new rapid transit system. The signs of rising middle-class wealth are everywhere – on the roads, in the shopping malls, and at Soekarno-Hatta International Airport.

About 150 people – academics, researchers, and business and government leaders – attended an AIC research summit at a Jakarta hotel. It could have been just another talkfest, but it wasn’t. Australians from a variety of walks of life began to engage with Indonesians in new ways. Ideas were debated and views freely exchanged. The team from the Australia-Indonesia Centre brought the conversations into sharper focus. Potential roadmaps for research began to emerge.

The summit reminded me of one of the great truisms of life: the world turns on the strength of people-to-people relationships.  Indonesia’s ambassador to Australia, Nadjib Riphat Kesoema, understands this simple process. In a move foreshadowing his return to Canberra this week, he attended the research summit (his first public outing since returning to Jakarta late last year) quietly taking a front-row seat alongside his Australian counterpart in Indonesia, Greg Moriarty.

The same can be said about Indonesia’s progressive, internationalist corporate leaders. It was an honour last week to spend time with dynamic leaders like Mahendra Siregar, Emir Satar, Mari Pangestu, Svida Alisjahbana and Eddy Sariaatmadja.

Indonesia is growing up quickly, and Australia ought to be working hard to garner “best neighbour” status.

Indonesia is growing up quickly, and Australia ought to be working hard to garner “best neighbour” status. Graduates of Australian universities fill some of the biggest positions in the country. Australian alumni networks – which started way back in the 1950s – are extraordinarily powerful.

Last Friday, roughly at the same time as I made my way to the airport in Jakarta, the President of Indonesia, Susilo Bambang Yudhoyono, was speaking at the World Economic Forum in Manila.  He said two things that must remain high in the Australian consciousness:  Indonesia has broken the myth – the fear – that democracy will unravel national unity, and leadership is about “outstanding men and women who have the courage and creativity to make a difference for their community”.

I agree: it is time for more outstanding Australians to make a difference in the quality and depth of our relationship with Indonesia.

Harold Mitchell AC is the chair of the Australia-Indonesia Centre board. A businessman and philanthropist, Mr Mitchell was appointed Companion of the Order of Australia for eminent service to the community through leadership and philanthropic endeavours in the fields of art, health and education and as a supporter of humanitarian aid in Timor-Leste and Indigenous communities.