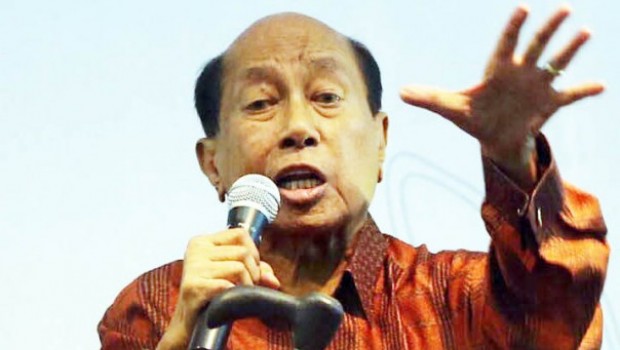 Sabam Pandapotan Siagian – who passed away on June 3 – was a great friend of Australia.

In Indonesia, Pak Sabam is mainly remembered as the first Editor-in-Chief of The Jakarta Post, the English-language paper he helped to set up (and which is still going strong). He was at heart a journalist, but from an Australian point of view he is noted as the fifteenth Indonesian Ambassador to Australia (1991-1995) – even though he was not a career diplomat.

My first meeting with him was during a visit by the then Indonesian Minister of Foreign Affairs, Pak Ali Alatas, at Monash. I was sitting next to Pak Sabam, who was covering the meeting as a journalist, when Herb Feith asked a question about freedom of the press in Indonesia. Pak Sabam energetically asserted that the Indonesian press was, of course, free, so I nudged him and suggested that maybe he was aiming to be next Ambassador in Canberra. And sure enough, that’s what happened!

As an ambassador, he was popular in Australian circles, perhaps because as a Batak he was forthright and outspoken – no Javanese reticence for Pak Sabam. He was an excellent communicator in English, which was an obvious advantage in the job, and with his affable personality he made lots of friends in Australia. The Indonesian community, on the other hand, perhaps felt that he was not particularly concerned about dealing with their problems as part of the job.

The Australian press found him difficult to deal with, because of his strong opinions, and he was not very popular with some Indonesian diplomatic colleagues. He was attached to the title of Ambassador, and liked to be addressed as such, even after he no longer held the position.

It was an era of complicated relations. I remember Pak Sabam defending General Sintong Panjaitan in connection with his role in events in East Timor in 1999, and saying loudly “Don’t forget he’s my nephew!” (And he was.)

Pak Sabam was also a man of remarkable kindness. My anecdote goes like this: I was late boarding a Garuda flight from Bali. The plane had been delayed for 15 minutes because of me, and there was an economy cabin full of loud, angry Aussies. When I boarded, Pak Sabam saw me and called out “Bas, come in here and sit with me in Business”. He rescued me.

The last time I saw him was in Jakarta, sitting by himself at the counter in a pizza shop. Once again, he called me to come over and sit with him – and once again we shared a laugh.

Pak Sabam Siagian was an interesting, complicated man, a fierce nationalist, who with his long career made a valuable contribution to his country. He has a well-deserved place in the history of Indonesia-Australia relations.