On August 22 and 23, over 220 academics, researchers, and industry and government figures convened at Surabaya’s Universitas Airlangga for the 3rd Indonesia-Australia Research Summit.

Presented by the Australia-Indonesia Centre and the Ministry of Research, Technology and Higher Education of Indonesia (RISTEK-DIKTI), the theme of the summit was ‘Innovating Together: Starting local, reaching global’.

The aim of the summit was to showcase and strengthen collaboration between Australia and Indonesia, and to share these innovations with the world.

“If we look at Indonesia and Australia, we see huge potential to develop,” Ainun Na’im said during his welcoming address.

“We have enthusiasm, we have an optimistic plan in many areas, including in energy, food security, water, maritime. The government of Indonesia has creative plans in developing science, technology and innovation.”

Through a translator, Ibu Tri Rismaharini, revealed the innovative strategies – including e-health, environmental management and educational support – that have helped save taxpayer money and improve the standard of living for the citizens of the City of Surabaya.

Ambassador Grigson urged both nations to take advantage of the benefits of educational exchange. Marc L’Huillier explored the results of the recently-released Australia Indonesia Perceptions Report. And Professor Stephen Cairns spoke of the cities of the future, which will likely develop in Asia and Africa.

At the conclusion of the summit, Dr John O’Sullivan summarised the learnings before inviting delegates to participate in the Australia Indonesia Science Symposium taking place in Canberra from November 28 to December 1, 2016. 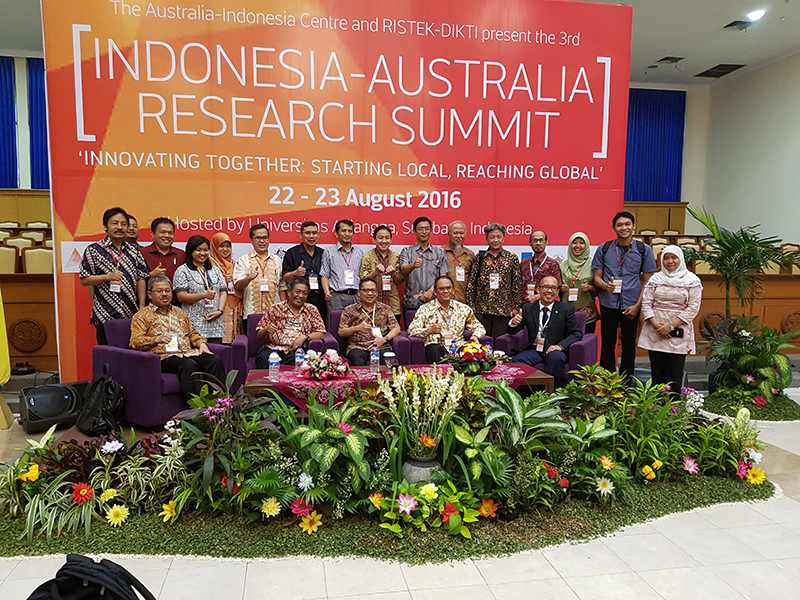