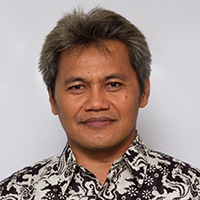 The Australia-Indonesia Centre is proud to announce the appointment of Indonesia’s Secretary General of the Ministry of Research, Technology and Higher Education, Ainun Na’im, to its Board.

Pak Ainun Na’im will bring a wealth of experience from the Indonesian higher education and innovation sectors.

Prior to his roles in government, Pak Ainun Nai’im was the Vice-Rector of Gadjah Mada University following his role as Dean of the Faculty of Economics and Business at the university, one of the Australia-Indonesia Centre’s university partners.

He has held other high-level positions including Director and Chief Financial Officer of the state-owned oil and natural gas corporation Pertamina, and membership of the National Council of Indonesian Institute of Accountants.