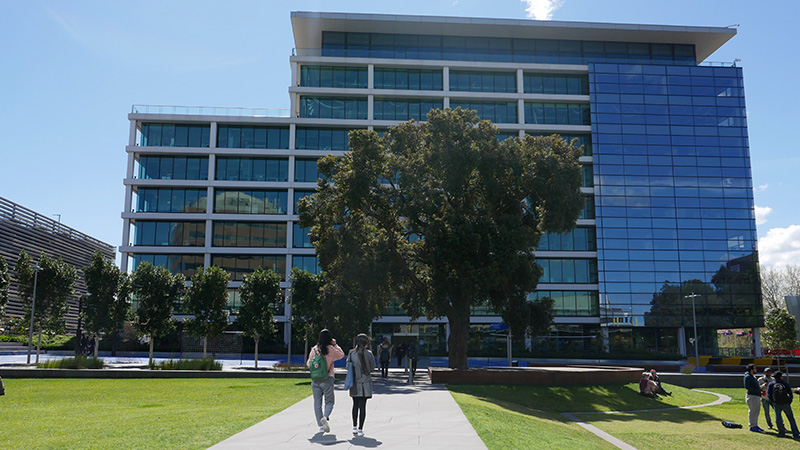 From time to time a university’s research focus on health and medicine, infrastructure, energy, urban water and agriculture is misinterpreted to mean a focus on medical sciences, engineering, physics, hydrology and agronomy respectively. That, at least, is the perception among some of the Australia-Indonesia Centre’s collaborative research clusters undertaken across universities located in both Australia and Indonesia.

These STEM disciplines are of course an important part of the Centre’s research focus, and indeed define the unique character of the Centre vis-à-vis many other institutions operating in the Australia-Indonesia environment. However, in and of themselves STEM disciplines would remain insufficient to address the many challenges shared between the two countries, and so it would therefore be misplaced to suggest that the social sciences and other non-STEM disciplines are overlooked in the emerging research relationship.

At the root of any misperception that health research equates to medical sciences, infrastructure research equates to engineering and so forth, lies a history of disciplinary apartheid, fed by the taxonomically segregated institutions of science and the traditional reward systems of academia.

Moreover, the respective innovation policies announced in Australia and Indonesia over the past year, both of which focus on building the STEM disciplines, perhaps suggest a political view that the solutions to economic development, technological and environmental challenges lie within these disciplines.

The latest focus on STEM is indeed to be lauded, but can also be seen as a pendulum-like response that cyclically and perversely attempts to define the immeasurable contributions of individual disciplines towards the often intangible benefits of new knowledge in operating environments of uncertainty.

The approach being taken between Australia and Indonesia research across a range of challenges acknowledges the essential and complementary role of STEM and non-STEM disciplines. With more than a slight stretch of metaphor, leaves are being added to the stems.

In this case the leaves comprise the range of disciplines addressing the domains of Law, Economics, Arts, Values, Ethics and Sociology, among others in the social sciences and humanities.

From the pragmatic, applied research orientation of the Australia-Indonesia Centre, the coalition of the stems and leaves is a non-negotiable.

In recent decades, the social sciences have been seen by many to provide hope for dealing with complex and intractable problems where the interests of nature, communities and economies collide and often compete. Indeed, many observers of science pinpoint a distinct transition in or around the 1970s of the social sciences becoming less focused on esoteric investigation and more on contributing to practical solutions to societal challenges.

Part of the need for this transition arose from the perceived failings of the biophysical sciences alone to resolve a multitude of problems that had accumulated since the era of industrialisation.

The failure of the STEM disciplines to resolve real world issues has never been a failure of the disciplines themselves but rather a failure in, first, the interpretation of science into policy and practice; second, the failure to recognise the value of methodological approaches other than those considered positivist, and third; the none-too-trivial matter that many of the solutions to problems lie in changing behaviour, improving resource allocation and establishing appropriate governance frameworks.

In other words, it is unfair to suggest that science is failing. When issues are complex and science has not delivered certainty or solutions in the timeframes naively demanded of it, many in the public view any divergence of scientific opinion (a natural part of science as it debates its way towards consensus) as disunity. And when science is seen as an important informer of policy, it is all too easy for science sceptics to leverage those parts of the debate to suit entrenched views.

Climate scientists regularly confront this phenomenon. It is a phenomenon that is only exacerbated by unrealistic expectations that scientists should have ready-made solutions that can be tabled in the time it takes to answer a Parliamentary Question without notice.

So why are leaves important to add to stems in the context of the Australian and Indonesian relationship?

The Australia-Indonesia Centre is currently investing around $10 million in collaborative research across the two countries with the explicit intention of addressing shared problems and challenges. While esotericism has its place in the wider public investment in research, the means by which challenges in areas like infrastructure, health, water and energy progress from defining problems to providing solutions is through the stems and the leaves coming together.

A further driver for this interdisciplinary approach is that it directly addresses some of the public perception issues raised in the recent EY Sweeney attitudinal survey on what Indonesians think of Australia and what Australians think of Indonesia. There can be no better way to help enhance levels of awareness and depth of respect between the citizens of the two countries than to work together on meaningful activities.

The compounding benefit is that each researcher has immediate colleagues, a network of peers, an extended family and other associates who observe productive and respectful relationships forming between Indonesians and Australians.

In this context over two hundred researchers of both nations are rubbing shoulders together over the long-term in a post-aid paradigm of egalitarian hard yakka that is modern day international collaborative research. Within each of the research clusters of the Australia-Indonesia Centre, scientists, economists, social scientists and legal experts are working closely with stakeholders with policy and business expertise and community-based lay knowledge.

A good example of this is in the Centre’s Energy Research Cluster, lead by the Australian National University, Monash University, Institut Teknologi Nopember and Institut Teknologi Bandung. Despite Indonesia’s rapid transition to newly developed nationhood, around one quarter of Indonesia’s population lacks access to electricity 24/7, largely due to the remote nature of over ten thousand villages. Many outback settlements in Australia share this problem. Certainly an engineering solution, such as the installation of off-grid micro-grids powered by renewable energy sources complemented by battery and other forms of energy storage, seems like a relatively easy option. It has been done. But in many cases it has failed, and there are numerous pilot sites across Indonesia that have come into disrepair, with villagers sceptical of again receiving solutions that are short-lived and do not take into account local circumstances.

When a country undertakes to deliver electricity to ten thousand villages presently unable to connect to the national electricity grid, how does it determine which 100 or even 1,000 villages should be first? How are micro-grids managed and maintained in the longer term by people with little technical expertise? What are the mechanisms for charging for electricity in communities that may use rice to barter for goods and services? What will happen to village economies as access to electricity sees cottage industries evolve, newly enabled to develop production systems that relentlessly chase productivity improvements and economies of scale? How will new wealth from development be distributed, and what happens to the locus of power between traditional power and the power of those with new money?

The implications are numerous, and can only be answered in the context of planning, with scientists, engineers, economists and social scientists working together with the appropriate local stakeholders, regional agencies and national ministries, as is happening under the Energy Research Cluster.

Fluor Group Senior Vice-President, Bob Prieto, argued: Infrastructure is a system—not just the physical system but the processes, training, operation, and maintenance of that system.

Prieto could have been talking about the Australia-Indonesia Centre’s Energy Research Cluster. Equally however, he could have been talking about the Centre’s Infrastructure Research Cluster, lead by Monash University, University of Melbourne, Institut Teknologi Nopember, Universitas Gadja Mata and Institut Teknologi Bandung, where engineers are working alongside economists, financiers and policy analysts to improve port management in Surabaya and Melbourne. With Indonesia’s rapid development of port infrastructure, it is one thing to have a world class port facility, but quite another to ensure that the intermodal transport systems linking into the facility accommodate competing users, including local citizens and businesses not directly associated with the port.

Or he could have been talking about the Urban Water Research Cluster, lead by Monash University, Universitas Indonesia, Institut Pertanian Bogor and Institut Teknologi Sepuluh Nopember, which engages an even wider array of scientific and social research disciplines working together to achieve more sustainable management of water in urban environments. Working in Melbourne, Surabaya and Bogor, the team of interdisciplinary researchers is challenging town planers to leapfrog along the costly pathways of incremental improvement taken by others.

A final example of the systems thinking implied throughout this article is the Centre’s Health Research Cluster. Recognising that the most rapidly rising causes of death in Indonesia are non-communicable diseases (NCDs), cluster researchers from the University of Melbourne, University of Sydney, Universitas Indonesia and Universitas Airlangga are studying the social, economic and primary care dimensions of NCDs while overcoming the challenges of sharing clinical knowledge across rural and remote regions of both Indonesia and Australia.

The notion of bringing the scientific and social sciences together is not new, and indeed it has long spawned new sub-disciplines such as social neuroscience, ecological economics, the sociology of energy and the anthropology of climatology among many others. None of these came together overnight, but in most cases they came about through strongly implicit, if not explicit, calls to action to face the challenges of contemporary society.

In Indonesia, understanding of the need for bridging disciplines exists, but tangible investment to make it happen is only just becoming available. In Australia, we claim we have pioneered the approach, but competitiveness often tempers the potential.

Dealing with collaborative research across disciplines is tough. To work in such collaborations that involve multiple organisations and the stakeholders of government, industry and community, all while adjusting to working in partnerships across diverse cultures is exponentially tough.

There may be no getting around the possibility that in adding leaves to stems the Australia-Indonesia Centre may be creating a near impenetrable thicket in its pursuit of addressing shared challenges.

However, near impenetrability is closer to much of the natural ecology of both countries, far richer in diversity and resilience than any well-manicured garden, and requires the kind of trials and tribulations that truly forge long-term relationships of value and respect.

Postscript: As any botanist or gardener knows, stems of plants absorb water and minerals through their roots, send these to the leaves (and buds or flowers) and in turn distribute the food produced in the leaves back through the plant, including to the buds and the roots. In other words, stems are part of a living system which would not survive without the existence of leaves.

(Interestingly, the reverse is not always true, as algae is the living proof that some leaves can exist without stems.)