More about our Principal Partners 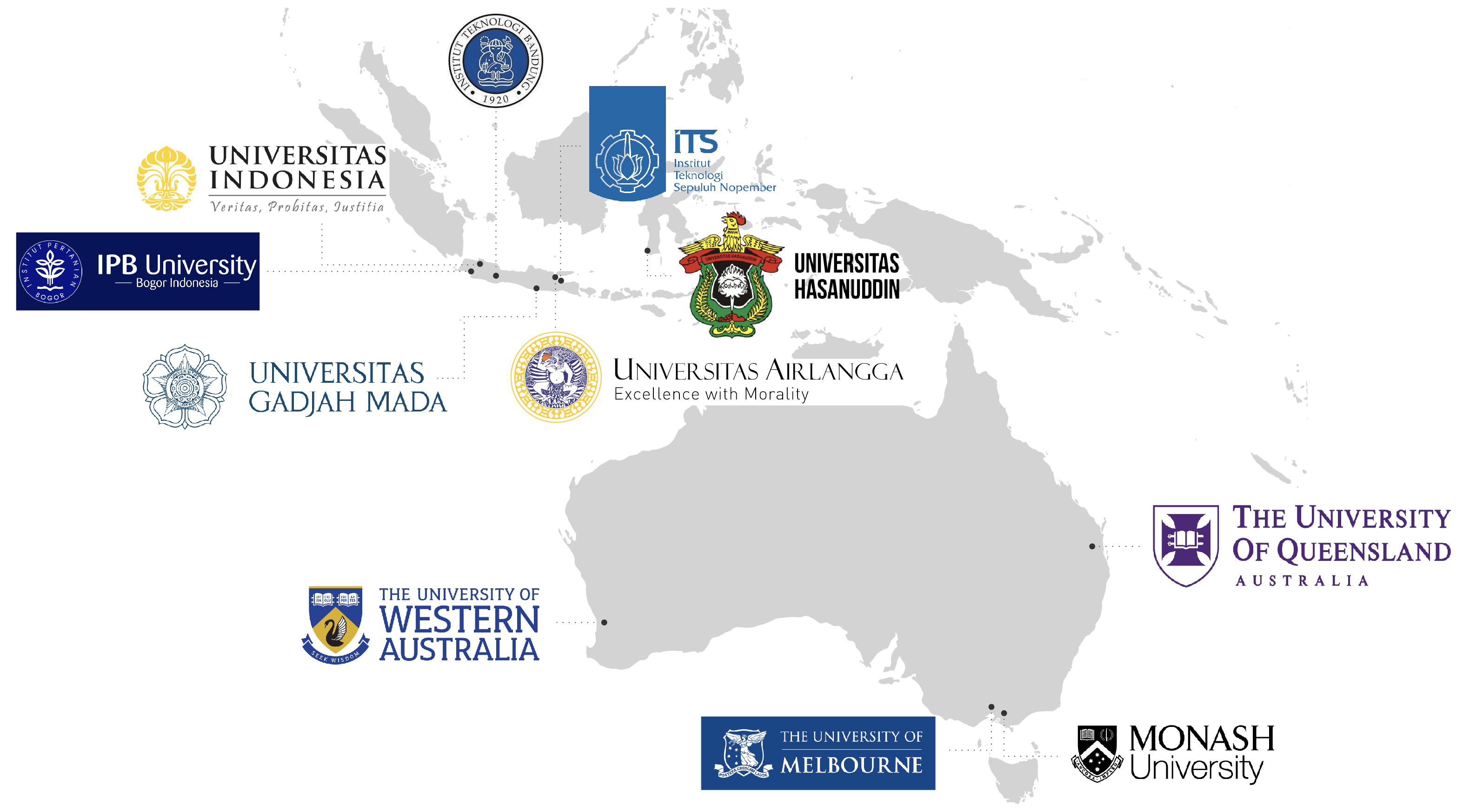 Based in Surabaya, Universitas Airlangga officially became Indonesia’s third state university in 1954, prior to which it had been a Medicine and Dentistry outpost of Universitas Indonesia.

Universitas Airlangga, or UnAir for short, has 15 faculties, and a university hospital for each of the Medicine, Veterinary Medicine, Nursing, and Dentistry faculties. As of the 2015-2016 academic year, the university employed 1,570 faculty members and enrolled more than 23,700 students.

The university’s coat of arms shows the mythical Garuda bird with an urn carrying the eternal water “Amrta”. Universitas Airlangga’s motto is “Excellence with Morality”.

Universitas Gadjah Mada (UGM) is a public research university that first appeared in the 1940s and was formally established by the Indonesian Government in 1949, the result of the merger of a number of colleges.

The Yogyakarta-based university has 18 faculties and 27 research centers, offering 68 undergraduate programs, 23 diplomas, 104 masters and specialist programs, and 43 doctoral programs. In the 2016 academic year, the university has enrolled more than 55,000 students.

Universitas Hasanuddin, or UnHas, is a Makassar-based university established in 1956. Prior to that it was part of the Economics Faculty of Universitas Indonesia.

The university has 14 undergraduate faculties and many more postgraduate programs. 2015 marked 29 years of postgraduate education at UnHas, at which point they had produced 1,619 Ph.D graduates and 19,957 masters graduates.

UnHas lists as its core values “Integrity, Innovation, Wisdom, and acting as a Catalyst”.

Universitas Indonesia (UI) is the country’s oldest higher education institution, first established in 1924 by the Dutch colonial regime before being renamed in 1950. Four of the AIC’s other principal partner universities have at some point in their past been faculties of UI.

UI has campuses in Depok (West Java) and in Salemba (Central Jakarta) and totals 14 faculties. In 2010, it had more than 33,000 undergraduate students and close to 14,000 postgraduate students.

Australia’s second oldest university, founded in 1853, The University of Melbourne has several campuses in Victoria, Australia.

The university has ten faculties and is connected to over 100 research centres and institutes, with a research expenditure second only to that of the Commonwealth Scientific and Industrial Research Organisation (CSIRO). In 2019, the university boasted about 26,000 undergraduate students and over 22,000 postgraduate students.

The University of Melbourne is a member of Australia’s Group of Eight, the Association of Pacific Rim Universities, Washington University’s McDonnell International Scholars Academy and Universitas 21.

The University of Melbourne’s motto, “Postera crescam laude” is Latin for “Later I shall grow by praise” or, in other words, “We shall grow in the esteem of future generations”.

Based in Melbourne, Australia, Monash University was founded in 1958 and has since expanded with campuses and teaching centres around the state of Victoria and in countries including Malaysia, Italy, India and China. It also has a representative office in Indonesia, and from 2021 has plans to become the first foreign university with a branch campus in Indonesia. Monash is a member of Australia’s Group of Eight, a member of the Association of Southeast Asian Institutions of Higher Learning, the only Australian member of the M8 Alliance of Academic Health Centres, Universities and National Academies, and one of only two Australian universities to be ranked in the École des Mines de Paris.

Monash is home to over 120 research centres and institutes across its 10 faculties. In the 2017 academic year, Monash University had over 52,000 undergraduate students enrolled and more than 22,000 graduate students, making it the biggest university in Victoria.

The Monash coat of arms carries the motto “Ancora imparo”, which translates to “I am still learning”.

IPB University, known as Institut Pertanian Bogor until 2019, started as an agricultural school formed by the Dutch colonial regime in the early twentieth century. After Indonesian independence, it was rolled into Universitas Indonesia before becoming an independent institute in 1963.

IPB University is a member of the Association of Southeast Asian Institutions of Higher Learning.

Its motto is “Searching and Serving The Best”.

Founded in 1909, The University of Queensland is based in Brisbane, Australia and boasts additional campuses and centres around Queensland, Brunei and the United States of America. The university is a member of Australia’s Group of Eight, the edX higher education consortium, Washington University’s McDonnell International Scholars Academy, and the Universitas 21 network.

The University of Queensland, Queensland’s oldest university, has the Latin motto “Scientia ac Labore” which translates to “by means of knowledge and hard work”. 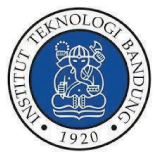 Indonesia’s oldest technology-focused university, Institut Teknologi Bandung (ITB) was established in 1920. It went through various stages: After the Dutch left in 1950 it became the faculty of engineering and faculty of natural sciences of Universitas Indonesia, and then in 1959 became a university in its own right.

ITB has 12 faculties, offering courses and research in sciences, technologies and fine arts. Currently ITB has about 1100 faculty members and more than 20,000 students, with an annual intake of around 4000 new students from undergraduate to postdoctoral programs.

ITB is a member of LAOTSE, the Association of Southeast Asian Institutions of Higher Learning, the ASEAN University Network, and the Accreditation Board for Engineering and Technology.

ITB’s motto is “In Harmonia Progressio”, which translates to “Progress in Harmony”. 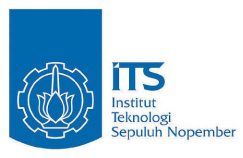 Institut Teknologi Sepuluh Nopember (ITS) is a public technological university founded in 1957 as an engineering college, before officially becoming a university in 1961. It has 10 faculties across three Surabaya campuses. In the 2015 academic year, ITS had over 22,000 students.

The university’s motto is “Intelligentia Fides Ingenium”, which translates to “Intelligent, Trustworthy, Inventive”.

With its main campus in Perth, Australia, The University of Western Australia was founded in 1911 when it became the first free university in the British Empire, actively promoting equal access to tertiary education for all social classes. Today, it has campuses across the state alongside strategic partnerships with East Java and countries including Malaysia and Singapore.

The University of Western Australia, the state’s oldest university, has six faculties of study and more than 80 research institutes and centres. These include the UWA Public Policy Institute, with whom the Australia-Indonesia Centre works closely.  In 2018 the University of Western Australia had close to 20,000 undergraduate students enrolled and about 6,000 postgraduate students.

UWA is a member of Australia’s Group of Eight and the Matariki Network of Universities.